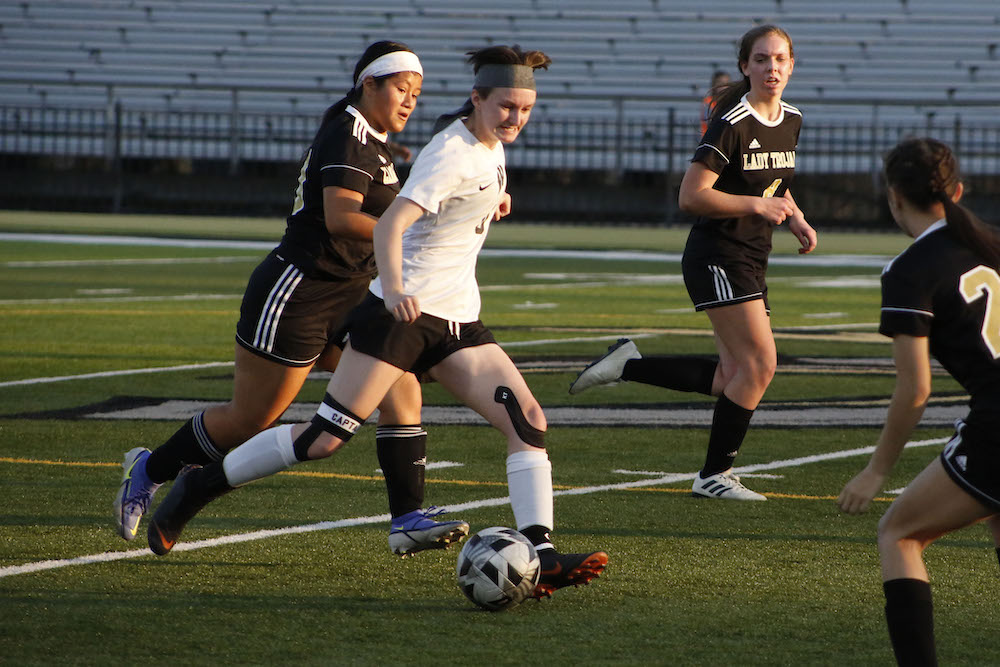 HOT SPRINGS, Ark. – Coming up against 5A South non-conference opponent Hot Springs Thursday evening, March 3, 2022, the Warren Lady Jack Soccer Club fell to the Lady Trojans by the final of 7-1.

Warren’s first scoring opportunity of the night came in the third minute. Bailey Herring ripped a shot wide right. The keeper was not tested, but it was a bright start.

A Warren turnover in the sixth minute gave Hot Springs a great offensive chance, which they converted to take a 1-0 lead. The Lady Trojans would add another just a minute later, this time powering a shot into the bottom left corner.

Warren conceded another in the ninth minute of play. The third Lady Trojan goal was deflating, as Warren struggled the rest of the evening to retain possession into the Hot Springs half of the field.

Hot Springs threatened again in the twelfth minute, but Warren keeper Valeria Navarro made a superb save on the line. Despite the scoreline, Navarro played a good game for Warren.

Hot Springs kept the pressure up however, and their reward came just fourteen minutes later as they knocked in their fourth goal of the night. They added three more before the halftime whistle.

Warren striker Tessa Andrus slotted home Warren’s lone goal of the match in the fifty-fourth minute. She pin pointed it into the side neeting with a nice left foot to pull one back for the orange and black.

Left winger Leslie Vega came close to pulling a second back for Warren in the fifty-eight minute. The chance came from a Warren corner. As the kick came in, no one was able to get a touch. The ball crossed the face of the keeper. Vega was on the backside of the play and nearly poked it home. It was a good effort, but Warren came away empty-handed.

Andrus would have another chance in the sixtieth when a shot from the Warren striker was deflected and nearly found its way in, however at full-time Hot Springs came away with the 7-1 win.

Warren moves to 0-2 on the year after the loss. The Lady Jacks turn around and play again in the Warren Tournament Friday and Saturday.