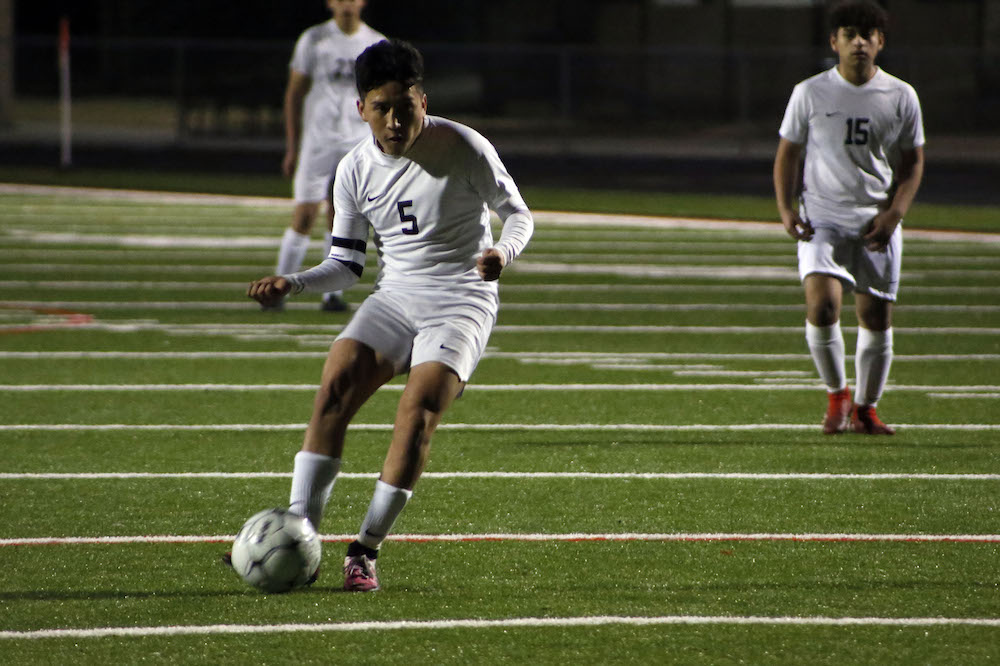 WHITE HALL, Ark. – The Warren Lumberjack Soccer Club fell in their season opener Tuesday night, March 1, 2022 by the final of 2-0 to the White Hall Bulldogs.

The orange and black put on a solid first half performance, particularly defensively. Goalkeeper John Hill was a standout in the opening minutes, commanding the first third of the pitch. Hill saved an early White Hall free kick in the eighth minute. That would be the Bulldogs’ best chance in the first.

Warren’s starting striker Alann Juarez had a descent free kick opportunity late in the first, but it sailed high. The Jacks would get another free-kick in a similar position in the thirty-third minute. Captain Hector Torres, who had arguably the best performance on the night for the Jacks, took a crack at goal. His shot was on target, but the White Hall keeper made a nice save to in the lower-left corner. The halftime whistle came a bit earlier than Warren Coach Cody Jones would have liked, as his Lumberjacks seemed to be growing into the match physically. White Hall was on the back foot in the latter stages of the first.

The breakthrough goal however came in the fifty-ninth minute from White Hall off of a free-kick. The shot arched over Warren’s Hill in net, nestling into the top corner.

The Bulldogs of White Hall found their second in the seventy-first minute as they headed home a corner kick.

The Lumberjacks did have a couple of chances in the second half. Aaron Romero found himself near the corner flag in the final third and one on one with a White Hall defender. Romero made a nice spin move, but couldn’t find that crucial final pass. Alann Juarez fired just over the crossbar in the seventy-eighth minute. His shot missed by only a couple of feet, but had some real pace behind it.

The Lumberjacks are now 0-1 on the year, but get will look to bounce back Thursday as they make a long road trip to Hot Springs. That match start time is around 7:00 p.m. following the girls game.

Top photo: Hector Torres takes a free-kick during the first half at White Hall.