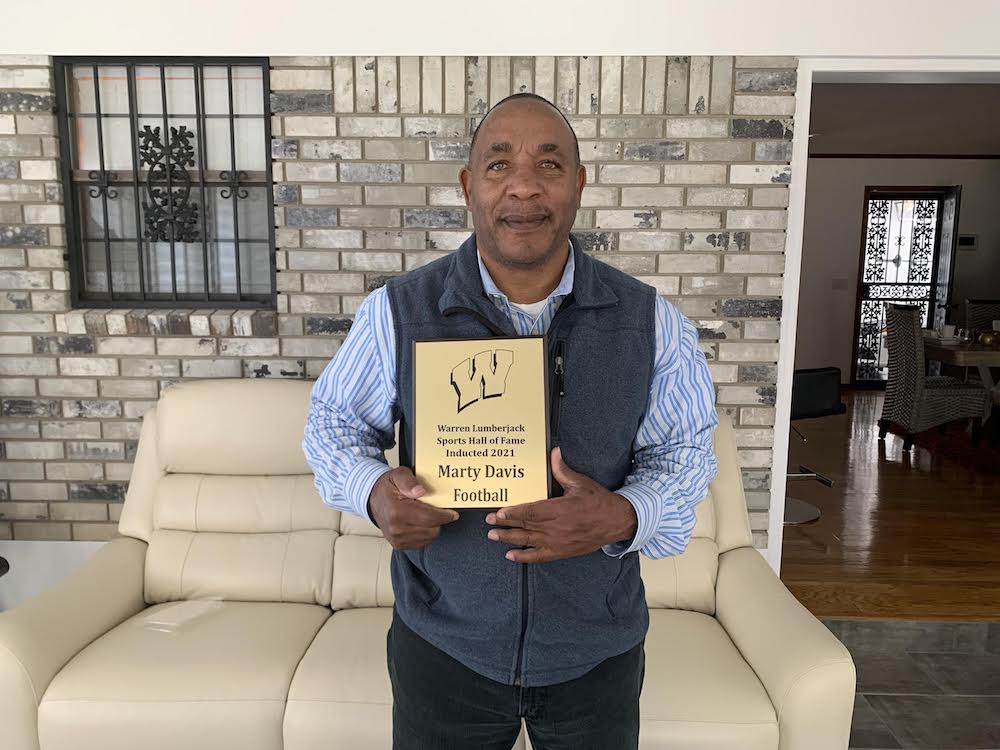 WARREN, Ark. – Former Lumberjack Great Marty Davis, a 1981 graduate of Warren High School was inducted in the Lumberjack Sports Hall of Fame for his accomplishments as a football player and for his career as a coach. Mr Davis went to Arkansas Tech, where he graduated in 1986. He began his coaching career at Dardanelle where he spent three years, followed by 16 years at Monticello, three years at Watson Chapel, three years at Hamburg and another 7 years at Monticello. Throughout his career Mr. Davis
coached football and track. He is now retired and lives in Monticello. He retains family in Warren.

Those inducted into the Lumberjack Hall of Fame for 2021 where unable to be presented their plaques at the annual All-Sports Banquet due to covid and the event not being held.

Mr. Davis expressed his appreciation and honor for being inducted and stated having been a Lumberjack was an important part of his life.