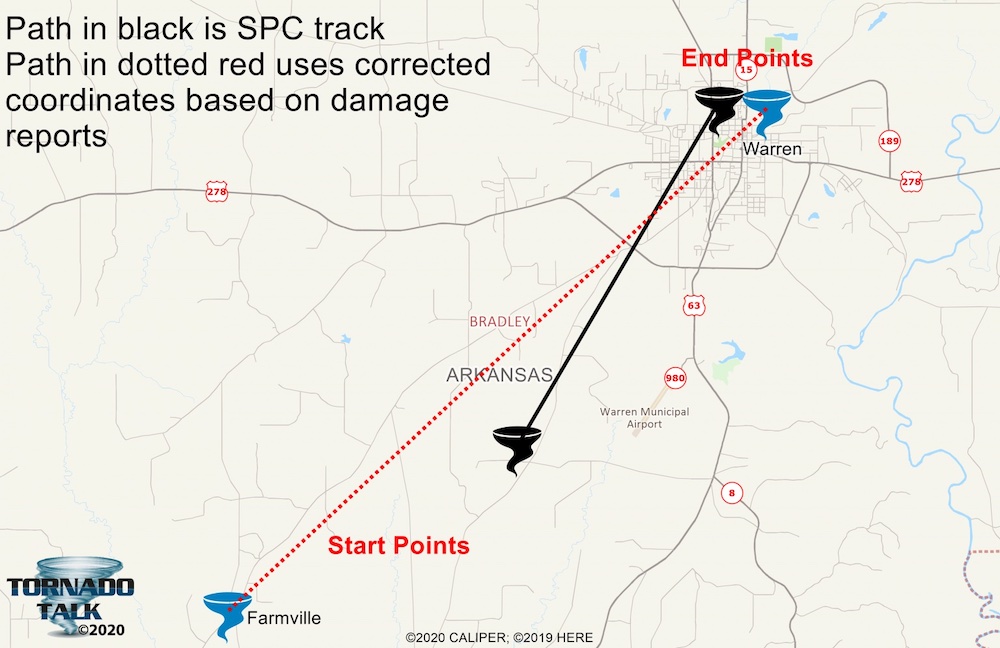 Back on January 3, 2022 we made note that it was the 73-year anniversary of the 1949 devastating tornado that hit Warren, killing over fifty people and doing immense damage to the city. We are now facing the 47-year anniversary of another tragic time in the city, when on March 28, 1975 Warren was again struck by a deadly storm.

In 1975 the F4 tornado killed seven of our citizens and injured 51. It destroyed 151 structures and seriously damaged another 100. While the loss of life was less than in 1949, the storm was no less traumatic, and indeed followed generally the same path as in 1949’s storm. In both cases, some of the same residential areas suffered loss, and the Bradley Mill was heavily damaged.

According to information from the archives of history, the 1975 storm covered some 5.4 miles and was around 250 yards wide. It struck around 7:50 p.m. on Good Friday, March 28. This storm hit just Southwest of Warren in the County before moving on through the Southwest part of Warren and on to the Northeast. There were injuries and fatalities both outside and inside the Warren city limits. Many of our current citizens well remember the 1975 storm and have personal stories to relate to this terrible event. It is something never to be forgotten if you lived here at the time.

In both instances, the people of Warren got up off the ground, mourned their losses, and rebuilt. The city and community survived, and in both cases came back stronger in many ways. We are now better
prepared for damaging weather and other emergency circumstances with a warning system and emergency services facilities and manpower. The people of Warren’s past were not quitters, and the
citizens of today are not either.