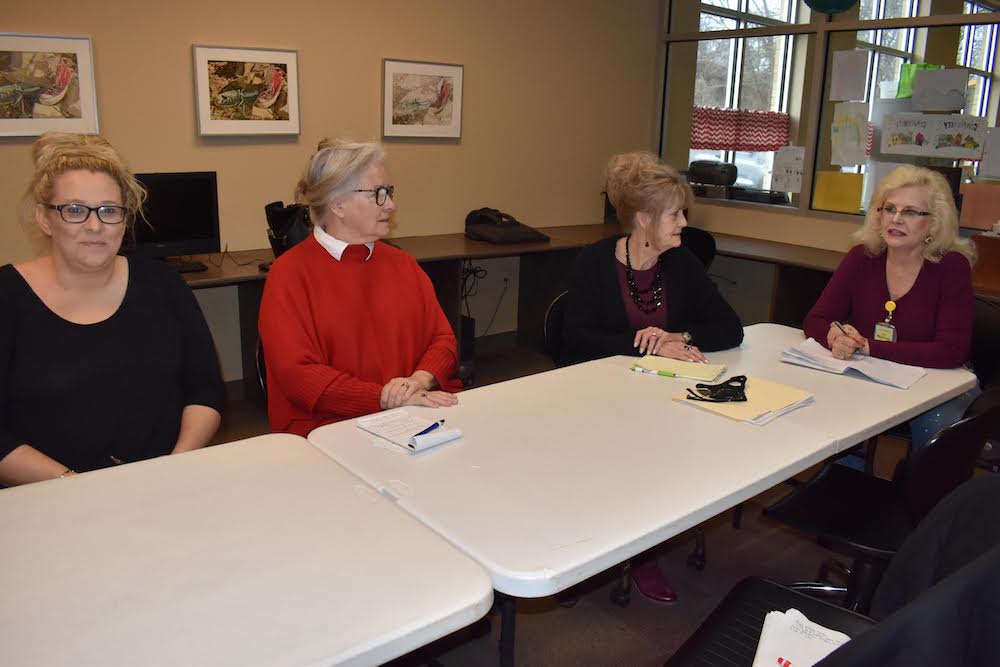 “We’re trying to go along with the Chamber (of Commerce)” on events and decorating, Balentine said.

The group is planning to plant flowers in planters along Main Street but the logistics of keeping them watered needs to be worked out. A grant has been applied for to be used for a golf cart which will have a water tank on it. Business owners will also be asked to assist with the watering.

It was noted that Warren is a Tree City USA and several trees need to be replaced. Permission must be sought through the city’s Tree Committee.

Make Warren Shine has engaged in several projects since it began a few years ago. The group has purchased awnings, done clean up and power washing, and was responsible for several murals and quilt trail projects.

“Main Street is the heart of your community and if your heart isn’t beating, it’s dead,” Johnson said.

The group is planning to do some painting and repairs on several businesses, including some signage on windows.

Suggestions were made about working together with other groups, including SEACBEC, EAST, Beta Club, churches and 4-H.

Johnson suggested having Adopt A Spot locations where landscaping could be done by local businesses.

Chapel Woods Health and Rehabilitation and AHF Wood Products had representatives at the meeting and indicated their businesses would help with projects.

Volunteers are always accepted and may join the group by contacting any of its members.