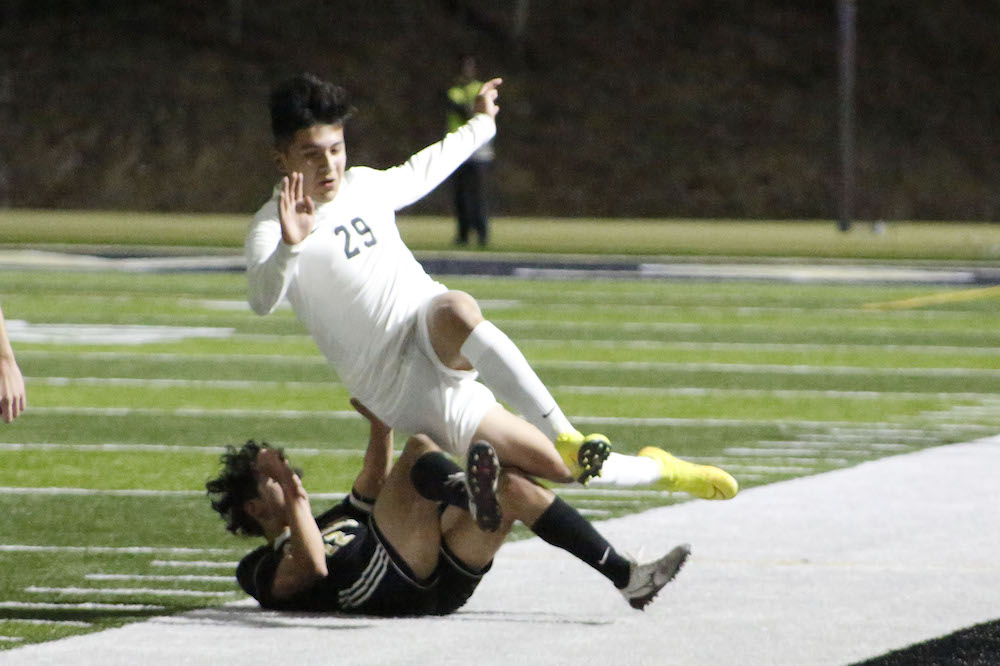 HOT SPRINGS, Ark. – Taking on a tough road trip to Hot Springs Thursday night, the Warren Lumberjack Soccer Club dropped their second game of the season Thursday, March 3, 2022, falling to the Trojans of Hot Springs High by the score of 4-0.

The Jacks applied some defensive pressure in the early minutes. A high press led by central attacking midfielder Hector Torres put Hot Springs on the back foot. Torres was nearly rewarded just three minutes in, as the Lumberjack senior powered a shot into the side netting for a goal kick.

Hot Springs drew first blood just two minutes later. The game’s opening goal came from yet another set piece. A free kick from ten yards outside of Warren’s penalty box was not cleared well enough by the Lumberjack back line. The Trojans regained possession inside the box out wide, cut it back inside, where a shot was dispatched from about fifteen yards out. Hot Springs led 1-0.

Warren received another scare in the fourteenth minute when a cross was headed just over the goal by a Trojan forward.

Lumberjack Alann Juarez had Warren’s best chance of the first half in the eighteenth minute. The striker received a pass just outside of the Hot Springs penalty box, held the ball up nicely, and turned to find himself in a one-on-one situation with the last center back for Hot Springs. He took a touch in preparation for a shot, but the ball was cleared before he could pull the trigger.

Juarez received a yellow card in the thirty-seventh minute after a sliding challenge that was just a bit late. Warren wouldn’t get another descent chance in the first half. At the midway point Hot Springs led 1-0.

After the restart, Hot Springs added a second goal in the fiftieth minute. A low shot across the face of the goal was buried in the bottom left corner.

Warren’s best chance of the match came just before the hour mark. The Jacks won a free kick about thirty yards out. Senior Hector Torres stepped up and hammered a shot to the right of Hot Spring’s keeper, who made the save of the night to keep the effort out.

Hot Springs added two more goals before the final whistle, one in the sixty-fourth minute and another in the seventy-fourth. At full-time Warren fell 4-0.

The Jacks move to 0-2 on the season. They will feature in the Warren Soccer Tournament this weekend, with games both Friday and Saturday.

Top photo: Alann Juarez is taken out by a sliding tackle from a Hot Springs defender Thursday night.