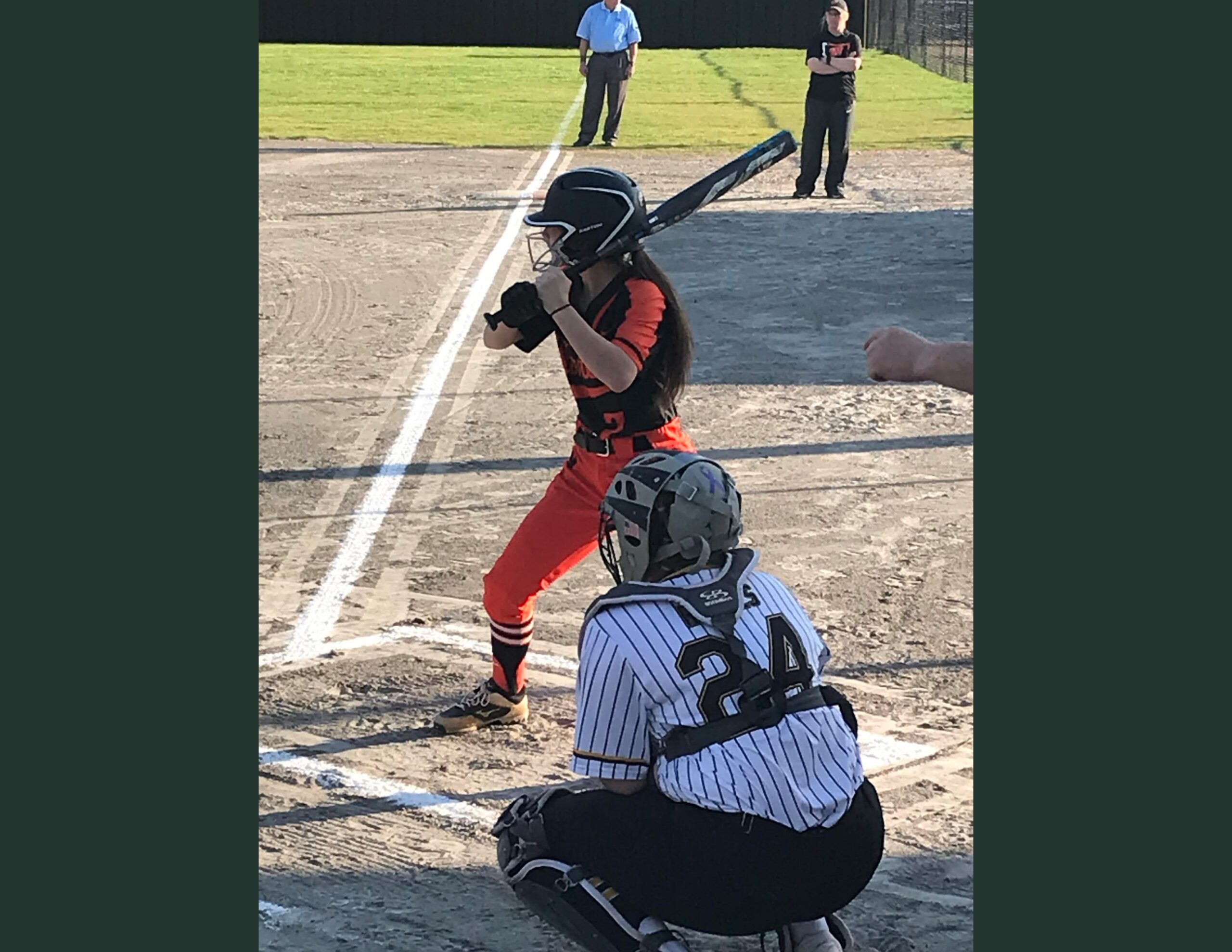 HAMPTON, Ark. – The Lady Jacks travelled to Hampton to face the Lady Bulldogs in the Battle of L’Agiles Bottoms. Warren came into the game on a two game winning streak, while Hampton has dropped their last two games. Both teams were missing a starter. The Lady Jacks were without Kailey Henry and the Lady Dogs were without Lakin Williams.

Warren stranded two base runners in the top of the second inning. Hampton went down 1-2-3 in the bottom of the inning.

Kelsy Lovell singled to start the top of the third. Paige Byrd, running for Lovell, and Raven Harris, who walked, scored on Jacy Ashcraft’s single. This gave the Lady Jacks a 4-0 lead.

Hampton catcher Emma Haynes drew a walk to start the bottom of the third, as did Kylie Braswell. The Lady Bulldogs stranded both runners.

Jacy Ashcraft singled to open the fifth inning. Then Anna Grace Bolland and Hannah Taulbee each reached on an error. Luci Woodard singled to drive in a run. Zoe Tullos hit into a fielder’s choice which drove in a run. Lovell and Heidi Taulbee each reached on an error. Raven Harris had a bases loaded double to empty the bases. Anna Grace Bolland drove in Ashcraft, who had singled, and Harris. After this big fifth inning, the Lady Jacks led 13-0.

On the evening, Kylie Braswell and Morgan Ogden had Hampton’s two hits. Hampton coach Caira Williams stated that “she was proud of her young team”.

For the Lady Jacks, Coach Fielder Dufrene said he was proud of his team. He also said this team was “getting better each game.”

Alyssa Higgins gave up two hits while striking out ten batters. For the week, Higgins pitched 25 innings, struck out 37 while going 3-1.