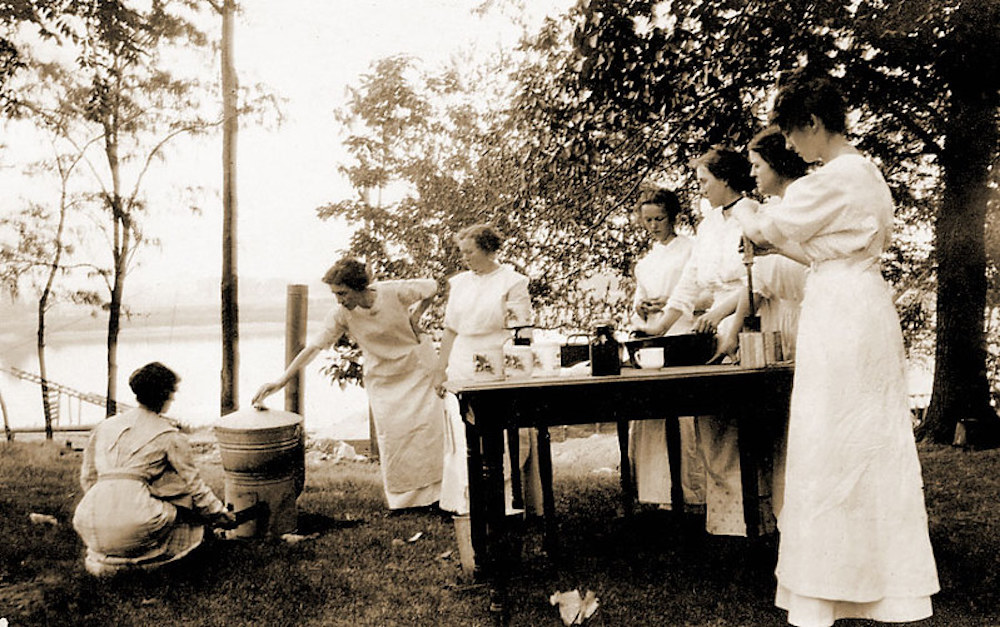 LITTLE ROCK – For the month of March — Women’s History Month — the Cooperative Extension Service is recognizing the integral role women have played in fulfilling extension’s mission since its inception in 1914.

The first girls’ canning clubs, started in 1912, gave way to home demonstration clubs that brought rural women together to share and learn best practices from home demonstration agents. Through these clubs, home visits and 4-H club work, women organized group learning to better their families and communities. For more than a century now, Arkansas extension women have continued to connect trusted research to the adoption of best practices. Three notable leaders in this tradition are Emma Archer, Betty Oliver and Janet Carson.

U of A System Division of Agriculture

“The decade of the 1920s was surely the most difficult decade for Arkansas farm families,” Hill said. “Nutrition information and gardening techniques provided the greatest positive impact for struggling families. It is important to know that the home gardens were tended by the wife and mother of the home, along with other tasks too numerous to count.”

Home demonstration agents met with farm women in their homes and learned about their problems and their best practices. This research led to the recommended use of new products and systems – including the introduction of home refrigeration – to improve food safety and cut food processing times. Home demonstration clubs also worked to help their communities. Minnie T. Allen, a Pulaski County home demonstration agent, helped get several miles of county roads improved when cars began replacing the horse and buggy.

Outreach and education
Arkansas’ Emma Archer exemplified this mission of outreach and education. One of the first canning agents in Pulaski County, Archer organized the state’s first girls’ canning club at Mabelvale in 1912. In 1914, Archer and 18 charter members formed the first home demonstration club in the nation. Archer was then named state agent in charge of women and girls’ work later that year. Archer often traveled with county agent George Pye via horse and buggy, visiting homes and small communities throughout Pulaski County to host day-long demonstration meetings on food preservation, as well as year-round garden and poultry management. Influenced by Archer’s leadership and teachings, rural women embraced the group education model, and by 1917 there were 150 home demonstration clubs across the state.

Hill said there is “no doubt in my mind that the home demonstration agents and members saved lives during the Great Depression, which began for rural Arkansans after World War I ended.”

In it for the long haul
Decades later, in 1958, Betty Oliver began her career with extension as an assistant home demonstration agent in Miller County. Oliver eventually became Pulaski County extension staff chair, retiring from that position in 1991. She then served as volunteer coordinator in Family Consumer Sciences at the extension service headquarters in Little Rock. Oliver became the longest-serving University of Arkansas System employee, with 58 years of service. During her tenure at extension, Oliver led countless employees in serving their constituents. She was known for her dedicated work ethic and passion for giving back to the community.

Oliver was inducted into the Arkansas Agricultural Hall of Fame in 2003, and in 2014, she was honored by the Arkansas Gerontological Society for her volunteer services to those 65 and older. Upon her death in 2016, Oliver was remembered by extension leaders as an icon of the organization’s work.

“Betty was a giant in Extension and in Arkansas agriculture. This is an enormous loss to us and to Arkansas,” said Tony Windham, former associate vice president-agriculture-extension for the University of Arkansas System Division of Agriculture and former head of the Cooperative Extension Service. “In her nearly 60 years of service to Arkansas, she not only touched, but she also changed for the better the lives of thousands of Arkansans. In so many ways, Betty was the embodiment of our extension mission in Arkansas.”

Spreading gardens in the Natural State
After graduating from the University of Arkansas at Fayetteville with a degree in urban horticulture and landscape design in 1980, Janet Carson joined extension a month later, becoming the first full-time female agricultural agent in the state. Because so few county agents in central Arkansas had a horticultural background, Carson and horticulture agent Charlie Reed began working with fruit growers in Pulaski and neighboring counties, hosting all-day fruit production workshops.

Carson and her work grew popular, due to both her approachable demeanor and her extensive knowledge. She hosted call-in radio programs and made regular television appearances to discuss gardening tips. From 1998 to 2006, Carson hosted “Today’s Garden,” a 30-minute television program that featured tours of ornamental gardens throughout the state, which regularly aired on Arkansas Educational Television Network. She also wrote a horticulture column for the Arkansas Times monthly magazine and for the Saturday edition of the Arkansas Democrat-Gazette.

In 1988, Carson and three other county agents started the Master Gardener Program. At the time, there were only three extension agriculture agents in Pulaski County, and a volunteer base was needed to answer telephones and help callers with horticulture problems. Carson, along with several other Arkansas agriculture agents, attended a National Association of County Agricultural Agents (NACAA) training in Tulsa, Oklahoma, about the Master Gardener Program. The agents then brought it back to central Arkansas and started a pilot program covering Pulaski, Garland, Saline and Jefferson counties. The initial group of 40 members trained once a week for five weeks at the Arkansas 4-H Center in Ferndale, Arkansas.

Carson has received numerous awards throughout her career, including the 2010 Extension Educator Award from the American Society for Horticultural Science, the 2016 Extension Employee of the Year Award and the 2019 University of Arkansas Horticulture Outstanding Alumni Award. She retired from extension in 2019 after 38 years of service.

County 76, the statewide advisory group for the Master Gardener program, created a scholarship in Carson’s name that awards $1,000 to Arkansas high school seniors who will be attending an Arkansas college or university and plan to major in a plant science-related field.

For Archer, Oliver and Carson, the mission of extension became their personal missions: to educate Arkansans, improve their quality of life and connect them with useable research and best practices. This Women’s History Month, the Cooperative Extension Service celebrates the many women agriculture, 4-H and Family and Consumer Science agents, support staff, and program specialists who have helped shape extension into the resource it is today.