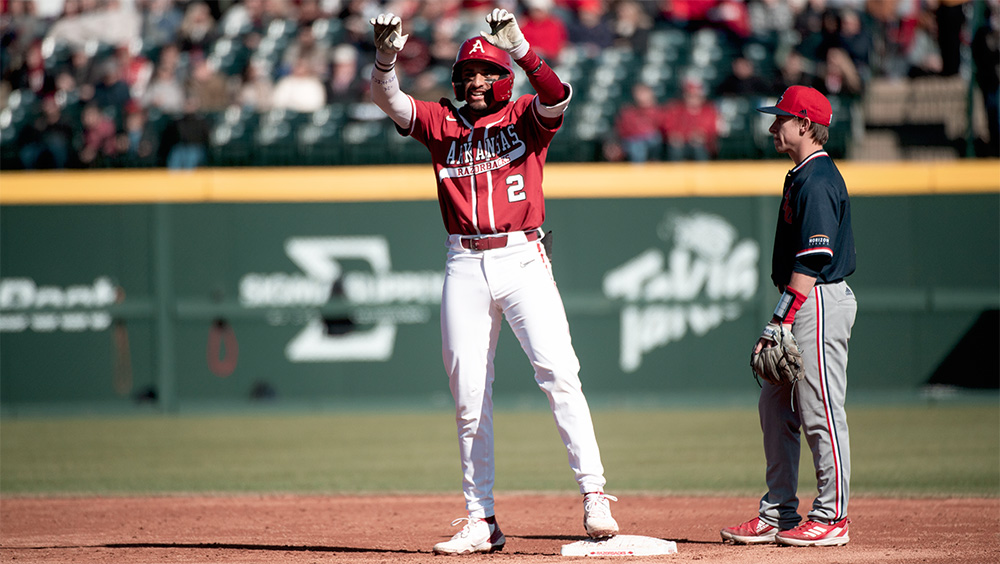 FAYETTEVILLE, Ark. – Arkansas’ Jalen Battles is on the watch list for the 2022 Brooks Wallace Award, which honors the nation’s top collegiate shortstop.

Battles, for the second season in a row, continues to provide elite defense at shortstop. The San Antonio, Texas, native boasts a .984 fielding percentage with only two errors in 129 chances, helping Arkansas rank third nationally and first in the SEC in fielding percentage (.985).

The award, sponsored by Mizuno, will be presented this summer by the College Baseball Foundation. It is named for former Texas Tech shortstop Brooks Wallace, who played for the Red Raiders from 1977-80 and died of leukemia at the age of 27.