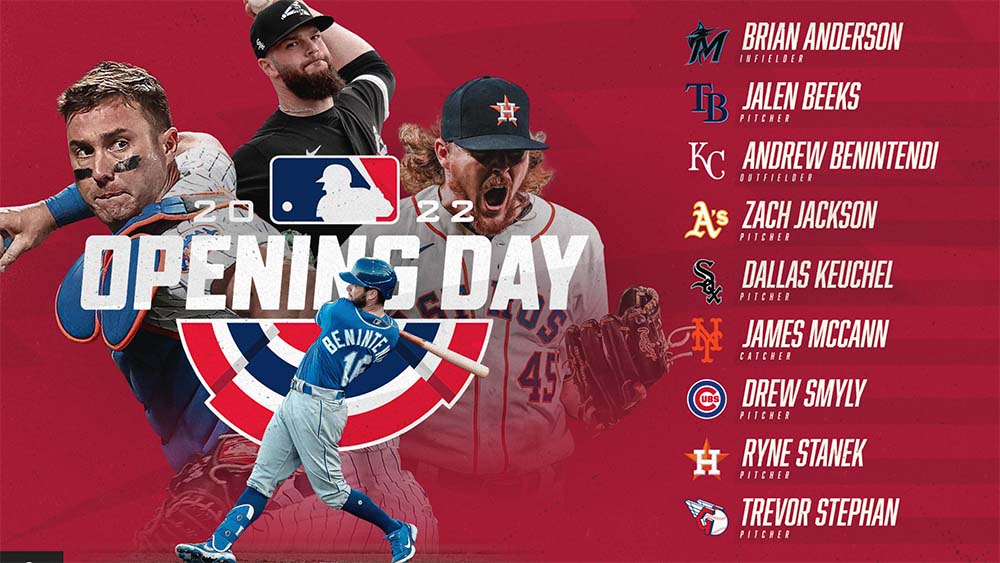 Beeks made Tampa Bay’s Opening Day roster after missing the entirety of the 2021 season while recovering from Tommy John surgery. The Fayetteville, Ark., native, who made his MLB debut with Boston in 2018, last pitched in 2020, fanning 26 batters in 19 1/3 innings for the Rays.

Last season, Stephan became the 60th former Hog to make his MLB debut. He finished his rookie campaign in Cleveland with a 3-1 record and a 4.41 ERA in 63 1/3 innings of work out of the bullpen.

Jackson is set to become the 61st former Razorback to make his MLB debut. Drafted by the Toronto Blue Jays in the third round of the 2016 draft, the right-hander signed with Oakland during the offseason and struck out 11 over 6 2/3 innings in relief this spring.

Entering the 2022 season, Arkansas has produced 60 big leaguers in its storied program history. The Razorbacks have also had at least one player selected in each of the past 46 MLB drafts dating back to 1975.