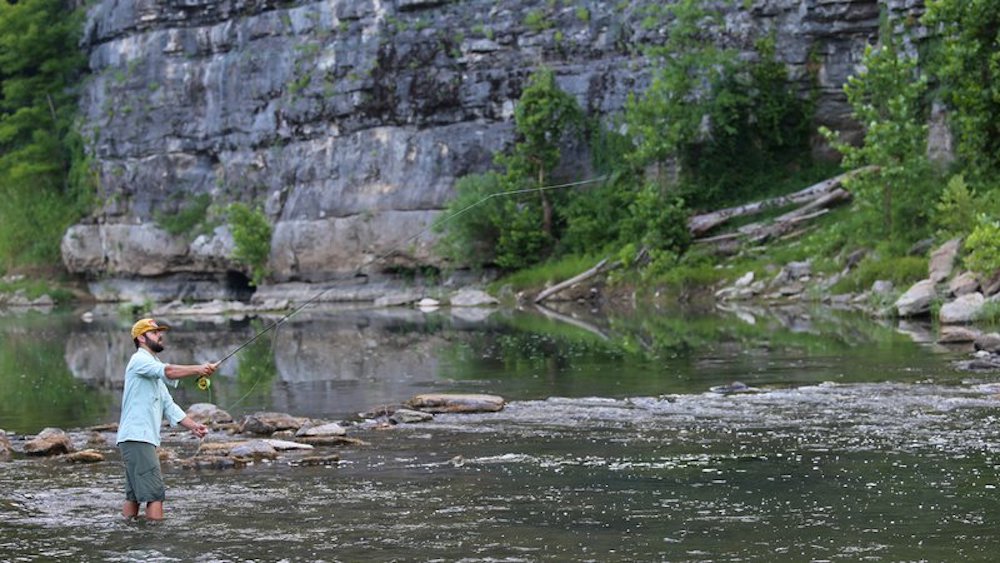 LITTLE ROCK – The Central Arkansas Library System and the Ozark Society will present a free showing of First River: How Arkansas Saved a National Treasure, a new documentary directed by Michelle West in celebration of the 50th anniversary of the Buffalo River’s designation as the country’s first national river, at CALS Ron Robinson Theater at 7 p.m., April 7. Stewart Noland and Marvin Schwarz of the Ozark Society, which led the effort to prevent the Buffalo from being dammed, will lead a question and answer session following the one-hour documentary.

The event is free. Seating will be first-come, first-served; registration is NOT required.

The Ozark Society website also is hosting the film via free public streaming. Anyone interested in conservation is encouraged to watch how history unfolded and how this jewel of the Ozarks was protected.

“Arkansas has this national treasure because of the vigilance of people who fought for its preservation,” said Ozark Society President David Peterson. “We believe First River will inspire public awareness and involvement in conservation issues for the preservation of the Buffalo River, Arkansas wilderness areas and other unique natural resources.”

The 53-minute film recognizes the work of Arkansas conservation advocates, state governors and Congressional officials that led to the designation of the Buffalo River as America’s first National River in 1972. The river remains one of the longest undammed rivers west of the Mississippi today.

The documentary film includes rare archival footage of key persons in those efforts, including

Dr. Neil Compton, the Bentonville physician who created the Ozark Society, and U.S. Supreme Court Justice William Douglas, who assisted in gaining national support for the river’s protection. Douglas, who floated the Buffalo River in 1962, is recorded in Ozark Society notes as saying at a campfire at Big Bluff in Newton County, that “You cannot let this river die. The Buffalo River is a national treasure worth fighting to the death to preserve.”

First River also includes interviews with current National Park Service staff regarding conservation of Arkansas natural areas and the challenges to the Buffalo River watershed from commercial development and recreational usage that brings nearly 1.5 million visitors annually to the area. The lower 135 miles of the river flow within an area managed by the National Park Service and formally designated as the Buffalo National River. The upper 17-mile section flows within the Ozark National Forest managed by the U.S. Forest Service and is designated as a National Wild and Scenic River.