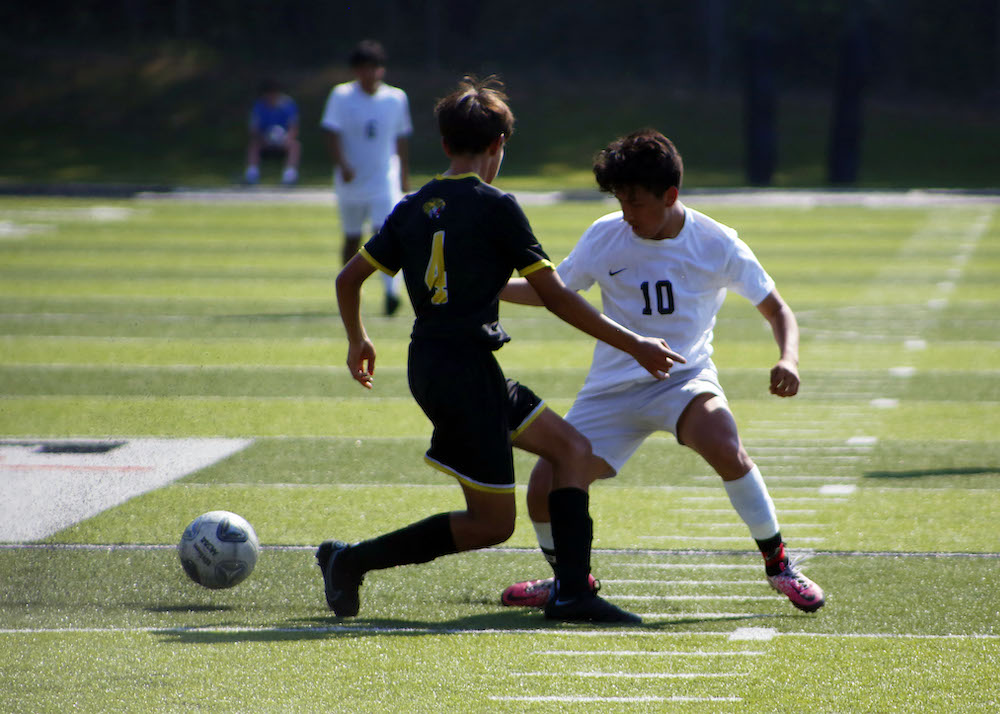 WARREN, Ark. – Soccer season officially came to a close for the Warren Lumberjacks Thursday afternoon as the orange and black fell to DeQueen in the opening round of the 2022 4A State Playoffs by the final of 7-0.

Played on the hottest day of the soccer season to-date, Warren found some early success in the opening six minutes, particularly down the wings. Jose Garcia and Alann Juarez combined with Hector Torres down the middle, testing DeQueen’s back four on the edges. Garcia’s pace created issues for DeQueen down the right, but the final touch just wouldn’t come. Credit to DeQueen’s central defenders, as they shut everything down near the penalty box.

DeQueen’s midfield and forwards created a few chances of their own in the opening minutes. In the fourth a shot was zipped just above the crossbar, but not testing Warren keeper Jessie Cortes.

After the opening six minutes, DeQueen settled down and began to control possession. The Jacks had a tough time finding any touches.

After sustained pressure, DeQueen found the opening goal in the twentieth minute. The shot came from at least thirty-five yards out and bulleted into the top right corner. Warren’s Cortes had no chance. The wonder goal put DeQueen up 1-0.

The Leopards picked up a second goal in the thirty-third minute. This time a shot was ripped across the face of Cortes, sailing into the top left corner.

The Jacks created a half-chance late in the first half, as Torres nearly poked home a ball over the top, but the keeper made a nice save.

Offensively, Warren struggled in the second half, possibly in part due to the heat. Temperatures were at 92, but coupled with the turf pitch and the humidity, the real fell temperature was listed at 102 degrees.

Although DeQueen ramped up the pressure in the early stages of the second half, Warren’s defense put cup a valiant effort. Keeper Jessie Cortes mad an unbelievable save on a free kick in the fifty-first minute, punching the ball clear to keep Warren in the hunt.

Seven minutes later however a third goal came for the Leopards, as a low shot from thirty yards rolled in to the net.

DeQueen added four more goals before the full-time whistle, one of which came from a penalty kick.

The Lumberjacks did find a chance late-on through a corner, but nothing came of it.

Top photo: Warren midfielder Hector Torres takes on a DeQueen defender during the second half of Thursday’s playoff match.