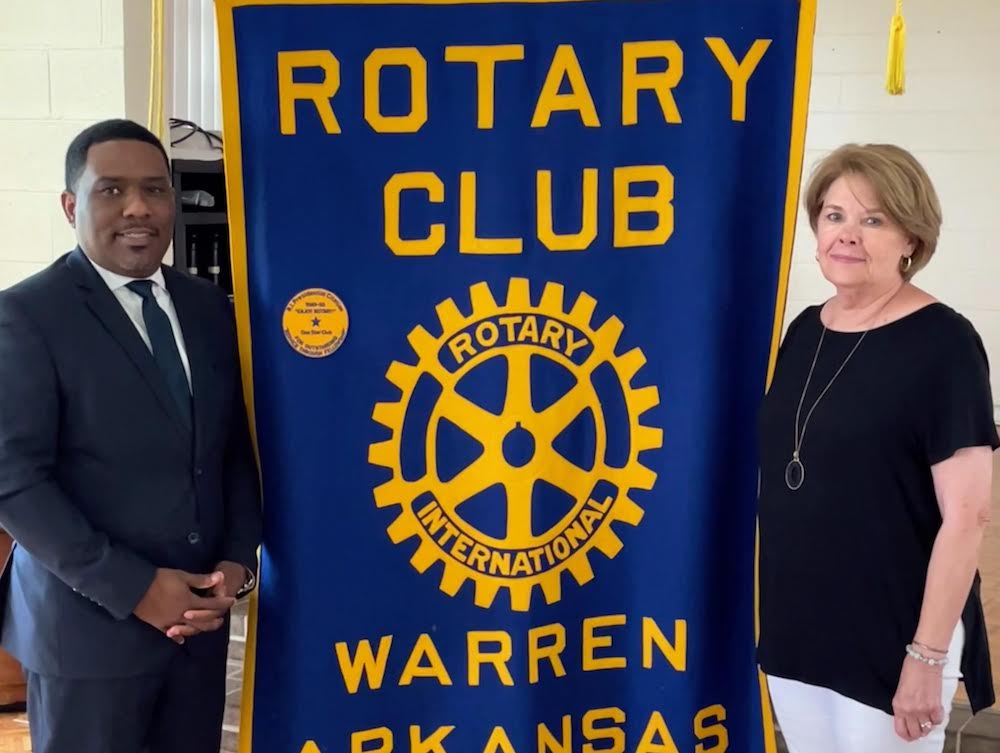 The Rotary Club of Warren met Tuesday, May 17 for their weekly meeting inside the Fellowship Hall at First United Methodist Church. The club’s program was introduced by Warren Mayor and Rotarian Denisa Pennington. She welcomed Michael Jones, Executive Director of the Southeast Arkansas Community Action Corporation (SEACAC) to the club to make a brief presentation. Jones, who is a preacher by trade, recently took over the position as Executive Director for SEACAC and is working hard to build back the corporation’s reputation. He made some remarks about his personal life, including his background as a pastor along with talking about his family before going into what he’s working to accomplish at SEACAC. He spoke a little about SEACAC and their mission along with mentioning they serve Bradley, Drew, Ashley, Desha, and Chicot counties and each county has an office. He spends time in all five counties as a part of his role. SEACAC exists to aid eligible households/individuals for a number of things including rent, food, and educational opportunities all with the purpose of alleviating and/or eliminating poverty in the area. Jones spoke at length about working with the UAM technology campuses, along with others in the area, to provide scholarships to people to help get them the training the need for jobs that have worker shortages in Southeast Arkansas. He gave one example of a man he met through his preaching that was able to turn his life around with a technical degree. The program concluded with Jones answering a few questions from the Rotarians in attendance.