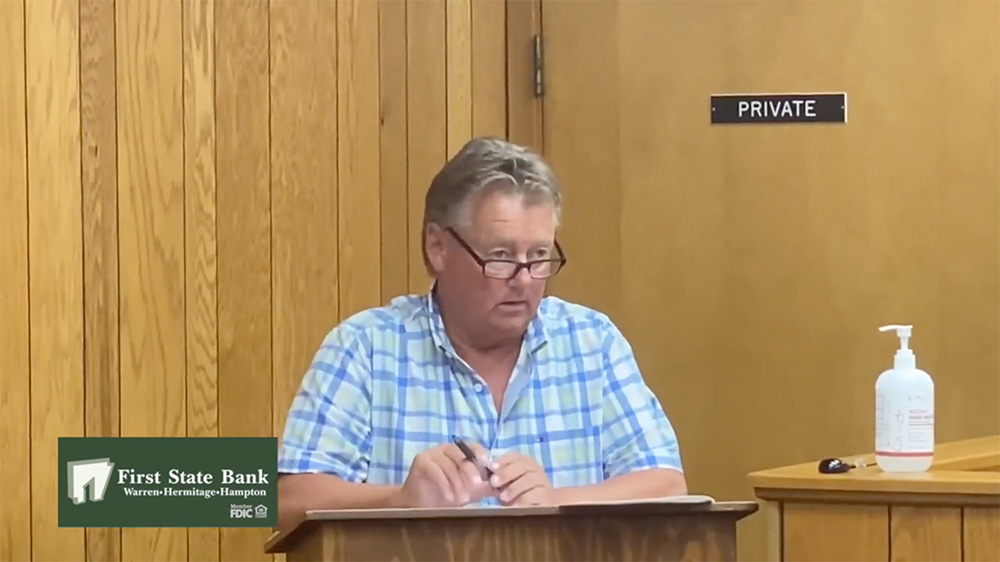 WARREN, Ark. – Four of the six Warren City Council Members were present for the monthly meeting of the Council May 9, 2022 at the Warren Municipal Building.

All financial reports and the minutes of the past meeting were approved.

According to City Clerk Helena Boswell, sales tax revenue continues to be very strong. The city tax generated $83,747.37 for the previous month and the city portion of the county tax produced $57,193.94. The city tax was up by 17 percent on the year and the county tax increased by 14 percent. The Council then awarded the lease of new garbage trucks to Warren Bank and Trust based on the bank bidding the lowest interest rate. The Council then authorized Mayor Denisa Pennington to put the 1978 Fire Engine out for bid. That engine has been replaced by a new one.

Police Chief Shawn Hildreth reported the department has a new vehicle, ready for use once the markings are installed. Fire Chief Moore reported the fire department answered 12 calls in April with
one being toned out. He stated the new fire engine is fully in service.

Sanitation Manager Rob Johnson told the Council the garbage compactor is repaired and the new trucks will arrive within six to eight weeks. The Council then voted to condemn a property on West Pine
Street and North Myrtle. Several others were discussed, as were those awaiting cleanup that have been previously condemned. Work should begin on those very soon. Mr. Johnson told the Council he is finding people living in houses without water and sewer. While he is working on these, he is hesitant to put people on the street homeless unless a family member can be located to assist, or other legal arrangements made. He indicated the Council will eventually have to make decisions on several of these cases. They cannot be left as is according to Johnson.

Street Foreman Monty Hearnsberger gave an update on street work completed in April, and mentioned that his crew is soon to begin work preparing for the 2022 Pink Tomato Festival.

Boards and Commissions that met in April provided written reports. The Council voted to pay all April bills and announcements were made.

Warren High School will have graduation Thursday, May 12, 2022 at 7:00pm. Market on Main will be held Saturday, May 14 from 8:00am to noon. The Municipal Building will be closed Monday, May 30 in observance of Memorial Day and there will be no garbage pickup in the city.

To watch the full meeting, see the video below: