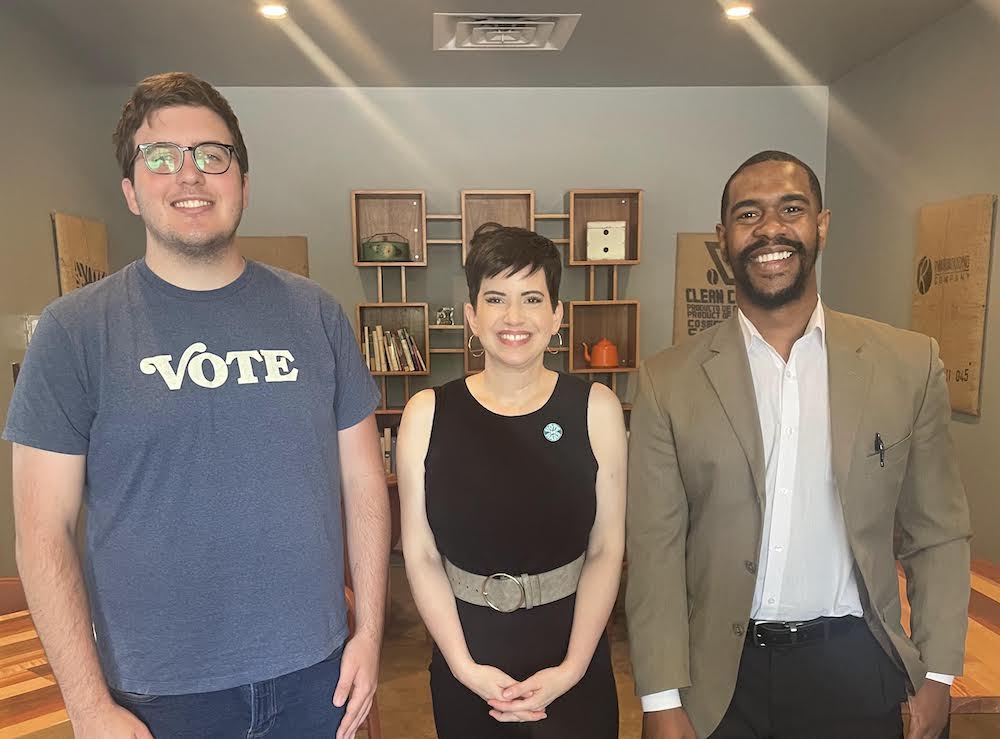 Little Rock, AR- State Senator Joyce Elliott announced today the appointment of three Regional Civic Engagement Coordinators to further Get Loud Arkansas’s (GLA) commitment to expanding voter registration and civic engagement statewide. Elliott launched the nonprofit organization in December 2021 after Arkansas was identified as the worst state in the country for voter registration and civic participation according to a federal report released last year by the U.S. Election Assistance Commission.

“I’m so pleased to have these organizers joining the GLA team. They’ll be working with me to get every eligible Arkansan registered, informed, and voting. That is the only way we will defeat those who are working relentlessly to attack our democracy, silence our voices, and suppress our votes,” said Senator Elliott, who also serves as Executive Director of GLA.

Joining Get Loud Arkansas are Julie McDonald, Chris Ogburn, and Connor Williams. McDonald is an experienced community organizer and activist living in Conway who will lead GLA’s efforts in Central Arkansas. Ogburn is a resident of Warren who previously ran for Arkansas State Representative in 2018. He will work to register and engage voters in Southeast Arkansas. Williams is a recent graduate of Arkansas Tech University and Russellville resident with a background in field organizing and voter outreach. He will lead GLA’s work in the River Valley and Northwest Arkansas area.

Earlier this year, GLA also hired Kristin Foster as Director of Civic Engagement for the organization. “Extremists have been working to prevent people from voting for years, and it has been very effective at silencing marginalized communities,” said Foster, “But with Senator Elliott’s leadership, we’re ready to get loud and put power back where it belongs, with the people of Arkansas.”