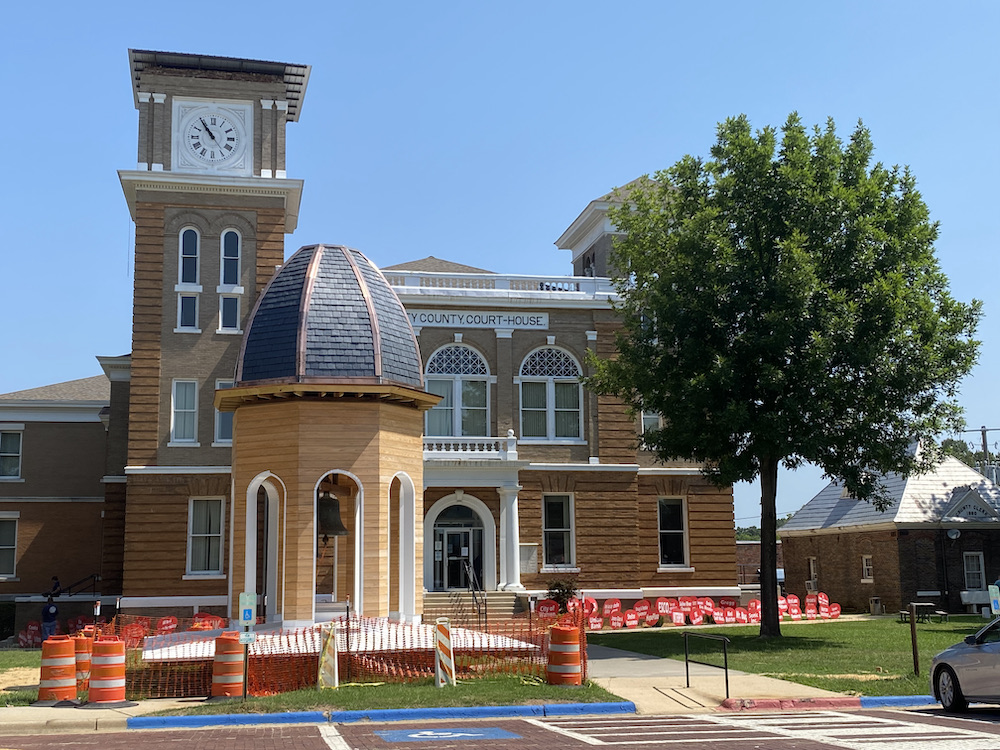 Eight of the nine members of the Bradley County Quorum were present Tuesday, June 21 for the monthly Court meeting. During the public comment portion of the meeting, Marilyn Johnson with the Bradley County Medical Center reported on work ongoing to make the BCMC safer, particularly on the southern end of the facility near the emergency room. She also told the court more security officers are being added to the hospital for protection of patients, staff, and visitors. Johnson invited the Justices to attend a health assessment meeting July 18.

Judge McKinney reported that the county has all $1.8 million of the County’s American Rescue Funding and the Court needs to begin planning how it is to be used. He also gave an update on getting the bell tower completed and told the JP’s the county has $64,175.00 to use to repair the clock. The Judge told the members that the storm on Friday morning of the Festival knocked down 25 to 30 trees in the County.

In further action, the Court confirmed the appointments of Joyce Trotter-Hampton and Kim Forrest to the County Equalization Board. Trotter-Hampton was nominated by Judge McKinney and Forrest by the Quorum Court.

The Justices then approved Resolution 282 authorizing the purchase of some 2.8 acres along the Highway 278 Bypass, east of the intersection with Highway 63. They then approved Ord. 775 appropriating $12,569.80 to pay for the site.