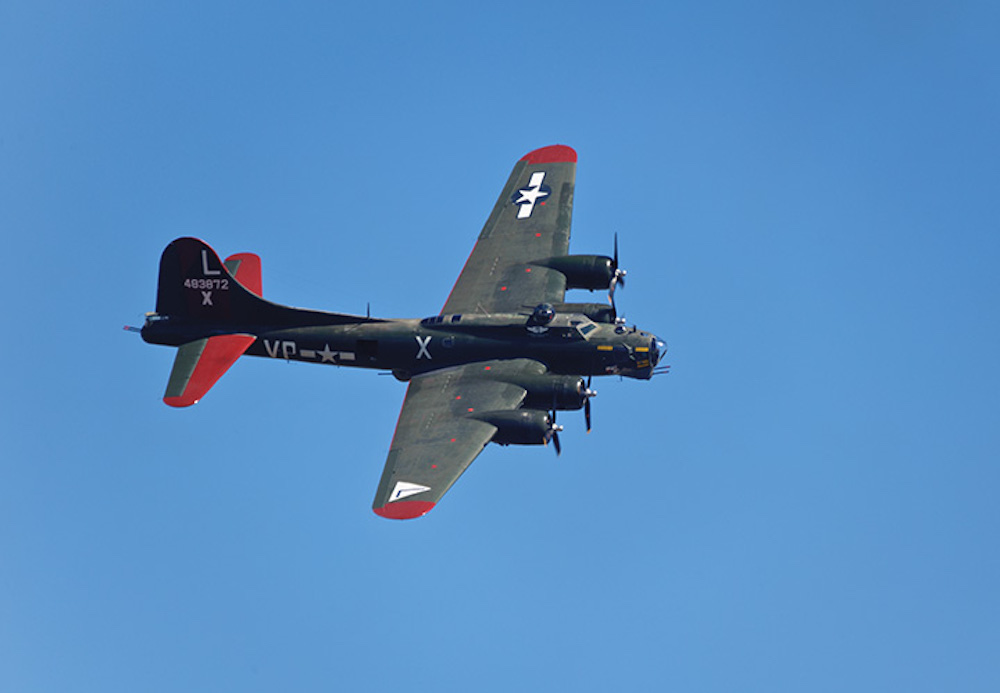 Those who were fortunate enough to be outside Monday morning around 10:30 a.m. were treated to a truly unique experience, as the beautiful blue sky above Warren was pierced by the roar of an historical icon, when the World War II B-17 Flying Fortress Bomber, Texas Raiders(N7227C), flew directly over downtown just 4,700 ft. in the air, providing viewers with a spectacular first for our small South Arkansas community.

Cruising at 174 miles-per-hour, the historic aircraft spent just a couple of minutes over Warren, but the sight was something to behold. The 1944 Boeing B-17G airplane was on its way from Memphis to Houston, it’s home hangar. It’s owned today by the American Airpower Heritage Flying Museum and serves as a member of the Commemorative Air Force, whose mission is to educate the public through airshows, civic, and military events around the United States.

The 20,000 lbs. Flying Fortress was built in 1944 by the Douglas Aircraft Corporation in Long Beach California for Boeing. The U.S. Army Air Corps took possession of her July 12, 1945, at which time she went into service. One of the very last B-17s built by Douglas, N7227C as the aircraft is now numbered, was a patrol bomber for the Navy. Later, the aircraft was used for anti-submarine warfare and hurricane hunting.

In 1957 the plane was bought by a private company for aerial surveying, and later photography.

In the 1960s N7227C was purchased by the Commemorative Air Force for $50,000. She was named “Texas Raiders” during her restoration to memorialize aviators from Texas who served during World War II. Since that time she has undergone multiple restorations, totaling over $500,000.

After passing over Warren, the aircraft could be seen just west of Hermitage, followed by a short siting close to Moro Bay. The flight from Memphis to Houston lasted two hours and fifty minutes.

Rewatch a short clip of “Texas Raiders’s” flyover Warren in the video below.