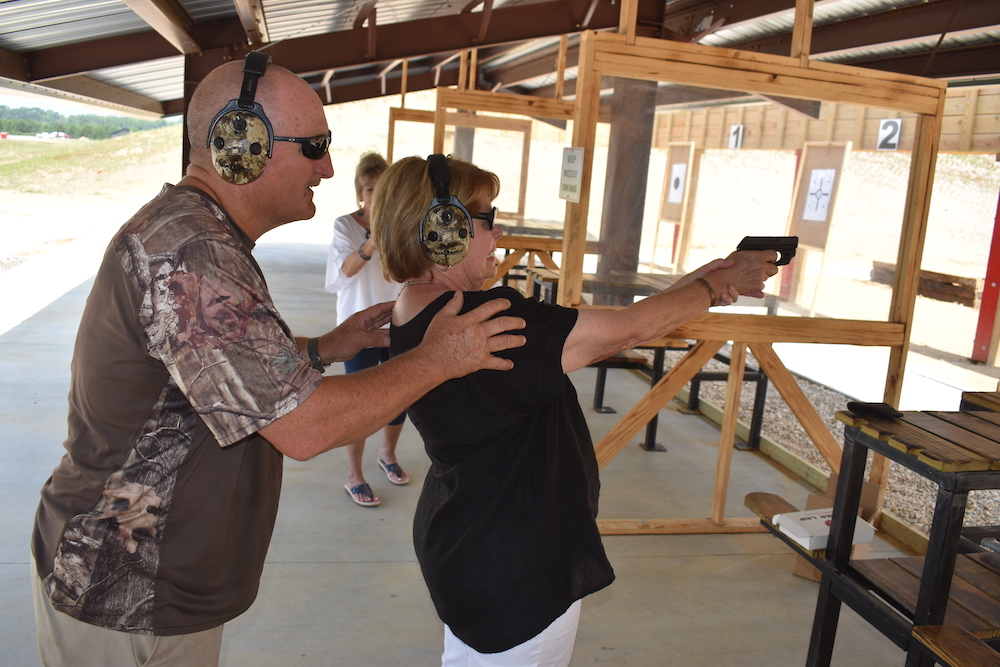 Story and Photos by Tim Kessler

AG&FC owns and operates eight shooting ranges and 30 archery ranges. It was indicated the Warren complex may be expanded later to include an archery range.

A ribbon-cutting ceremony was sponsored by Bradley County Chamber of Commerce, including Executive Director Terrie White, with city, county and state officials participating.

“This was a collaboration of a lot of people and a lot of effort. This will be a testament to other projects,” McKinney said.

“The richest resource we have is the people and children who live here,” Neely said. He said the state has 500,000 recreational shooters with 65,000 related jobs.

More photos from the event: