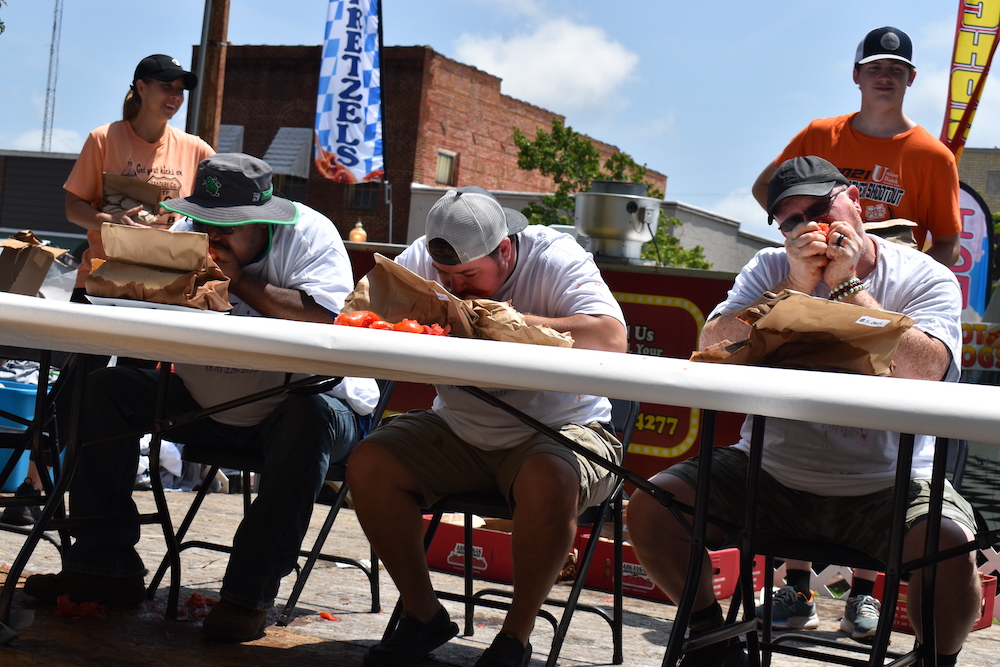 On Saturday, the annual Bradley County Pink Tomato Festival Tomato Eating Contest was held, with three divisions, a celebrity division, a 12 and under division, and a professional division.

The winner was Wardlaw; Gilmore, second; and Sanders, third.

In 12 and under, winners were Edie Gauge, first; Harley Caldwell, second; and Judson Green, third.