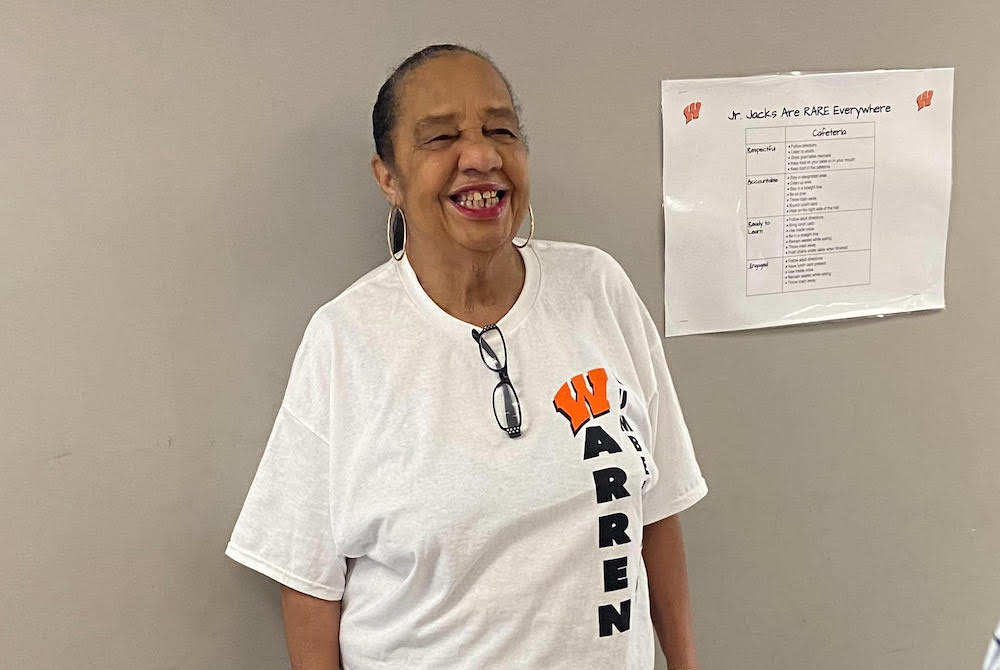 Mrs. Ruth Clary has retired from the Warren School District after 38 years of service as a Food Service Worker.

Mrs. Clary began working with the Warren School District as a Food Service Worker in 1984 at Westside Elementary School, later to be named Brunson Elementary.

Throughout her 38 years of serving kids within the Warren School District she has worked at every school within the district. Her longest tenures were at Warren Junior High School and Warren High School.

When asked what she enjoyed the most over those 38 years of service, Mrs. Ruth states all the hundreds of kids she met over the years and being able to serve them a balanced meal is what has given her the greatest joy. She says that over the years most of the kids referred to her as Granny and Aunt Ruth. Mrs. Ruth laughingly says that in 38 years she ended up with more children, grandchildren, nieces and nephews than she could house. She states she enjoyed touching the lives of many kids even if it was only through their stomachs.

Mrs. Ruth says she also enjoyed making a lot of lifelong friends over the years with both teachers and other food service workers. To mention a few, Mrs. Ruth said the late Wanda Jordan was one of her best friends, who she began working with at Warren Junior High School. She also mentions while working at the Warren High School during her later years, the late Mrs. Beverly Reep was one of her favorite teachers as well as Mrs. Katrina Shepherd.