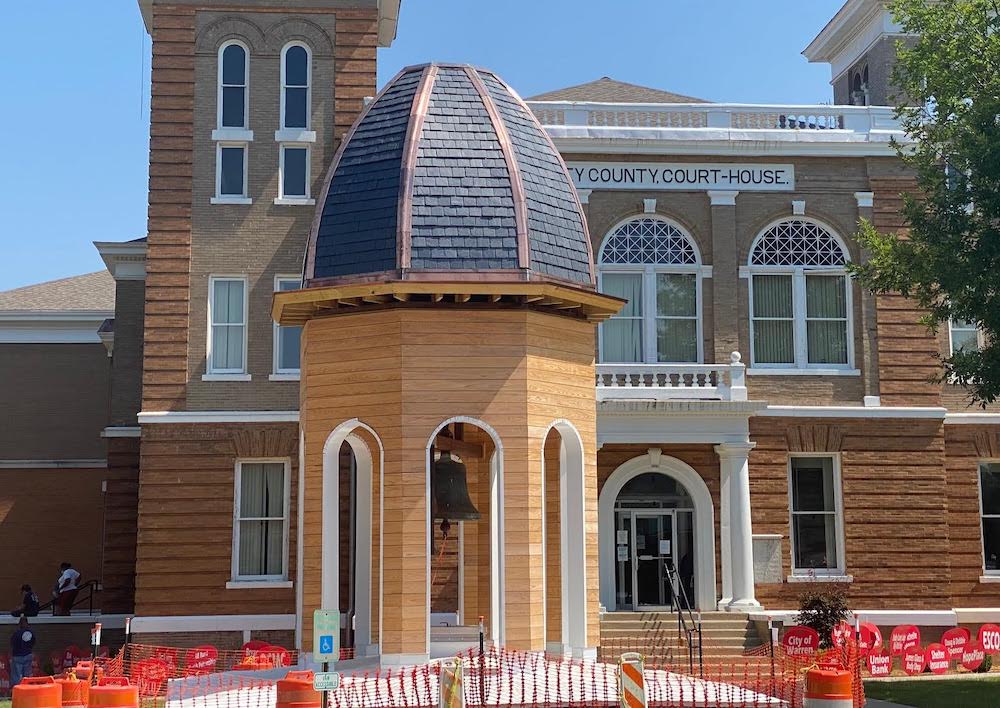 While conducting the July 2022 monthly meeting of the Bradley County Quorum Court, Judge Klay McKinney provided an update on efforts to complete the work on the Courthouse Bell Tower and the issues the County has run into trying to finish the job.

The project began with a grant from the Arkansas Preservation Commission, followed by additional funds from that same Commission. As work progressed, the contractor and architect ran into issues caused by an old flue that was used in the early 1900’s for wood heaters. Extensive work is required to make the
structure strong enough to hold up the weight of the tower and to maintain the appearance of the courthouse historically. Judge McKinney told the Justices that he continues to work on the project to
secure some additional funding and complete the project as soon as possible. He indicated it could take additional funding to complete the work and he hopes progress is being made.

The Sheriff’s report indicated that the cost of housing County inmates continues to rise and the County has been utilizing the jail in Camden to help.

Judge McKinney told the Court Members that the County has four remaining wooden bridges that need to be replaced, and he is working to secure money from the State to get that and other road work accomplished.

The Judge also reported on the ongoing issue of getting all residential garbage customers in the County to properly set up their County garbage containers for mechanical collection, and to stop putting non-class-one garbage in the containers or on the ground. The Court spent a good deal of time discussing the matter and how to address it. There was talk of leaving notes on the containers, to contacting the property owners, to refusing to collect the garbage if the containers are not properly placed. No action was taken.

The Quorum Court voted to grant the Judge authority to start the process of spending funds from the American Rescue Plan Program.

Hospital Administrator Leslie Huitt updated the Court on activities and plans at the Bradley County Medical Center and the ongoing assessment process required by the IRS.