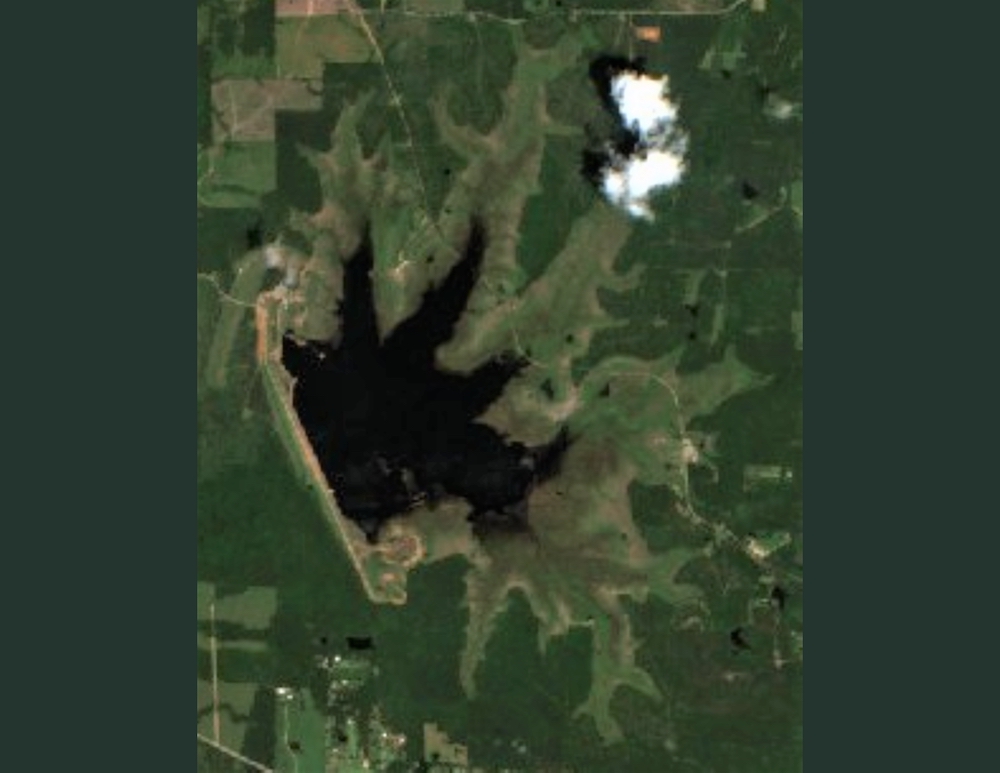 Kristofor Nault, the Arkansas Game and Fish Commission’s supervisor for its Fisheries district office in Monticello, reports that the renovated Lake Monticello is refilling, slowly but surely. The aerial image he sent along also shows that more than a quarter of the surface bed is now covered in water after the draining of Lake Monticello more than two years ago.

The dam on Lake Monticello required significant repair at that time, and the city of Monticello, which owns the lake, allowed the AGFC, as the manager of the fish in the body of water, to go in while the dam was being rebuilt and create and place habitat structures throughout the lakebed, along with other methods of providing new fish habitat, so that Lake Monticello could return to its past glory as a top fishing destination in Arkansas. The AGFC Fisheries Division’s goal is to restore Lake Monticello as a trophy bass lake with this latest work.

The city closed the spillway gate at Lake Monticello last Nov. 9, and the surface acres of standing water on the lake at that time totaled about 17 acres, Nault said. The aerial image at top right, taken July 4, shows the surface acreage of water on Lake Monticello now at about 450 acres. When the lake was at full pool before the renovation, the total acreage of the lake was listed as 1,520 acres. The lake when filled has several deep pools throughout, and a complete refilling takes some time.

“So the lake is filling up slowly but surely!” Nault reports. Refilling of Lake Monticello is rainfall dependent, as is the case as in other recent rebuilds by the AGFC, such as Lake Poinsett in northeast Arkansas.

The AGFC plans the stocking of prey fish in the lake this year to serve as a forage base for the Florida largemouth bass and black crappie that will be stocked later.