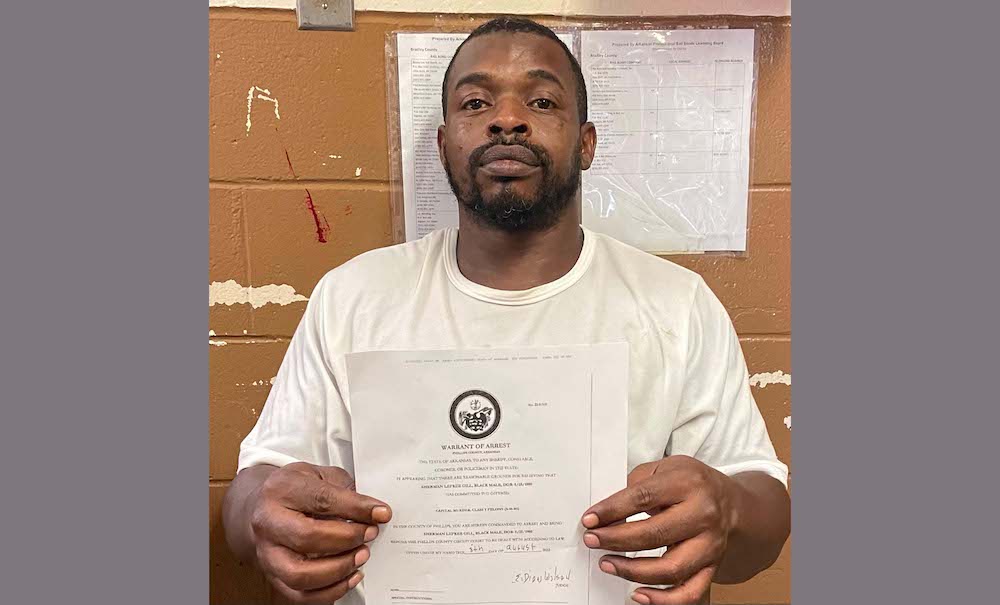 According to KARK 4 News, Helena-West Helena Police Department officers responded to a shooting Monday, August 8, 2022 at 1205 Highway 49. Upon arriving on the scene, Demarcius Foreman, 43, was found lying down and not responding. He was pronounced dead on the scene.

Sherman LeFree Gill, 42, was identified as a person of interest.

Wednesday, August 10 after receiving information and searching for Gill, contact was made by Warren PD Sgt. Thomas Miller and Sgt. Tim Nichols who convinced Gill to turn surrender.

Officials of the Warren Police Department have been gathering information and searching the area for Sherman Gill (42). During the course of the investigation contact was made with Gill and his family by Sgt. Thomas Miller and Sgt. Tim Nichols who convinced Sherman Gill to surrender himself. Gill is currently awaiting extradition to Phillips County, Arkansas and is being charged with Capital Murder (class Y felony).