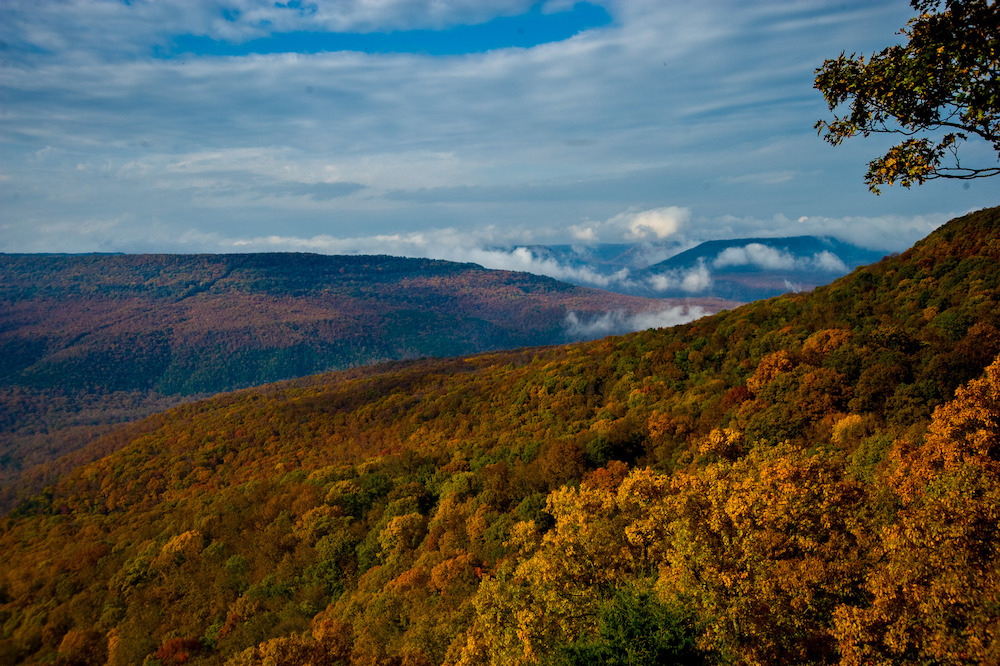 Arkansas is one of the top fall color destinations in the country.

The state has three national forests, the Ozark, the Ouachita and the St. Francis, that make wonderful destinations to experience the beauty of the season.

From the ridges of the Ouachita and Ozark mountains to the Delta flatlands, Arkansas highways offer some incredibly scenic views. The state is home to many designated scenic byways, three of which are National Scenic Byways and one that has a prestigious All-American Road designation. Along these routes are opportunities to explore the state’s impressive history, heritage, wildlife and outdoors.

In 2021, Arkansas’s section of the Great River Road National Scenic Byway was designated the state’s first All-American Road. To receive this designation, a road must have one-of-a-kind features that do not exist elsewhere. The scenic route goes through 10 counties of the Arkansas Delta through the eastern portion of the state, roughly paralleling the Mississippi River.

There are many historical sites to visit along the lengthy route including the Historic Dyess Colony: Johnny Cash Boyhood Home in Dyess; Hampson Archeological Museum State Park in Wilson; the Sultana Disaster Museum in Marion; the Delta Cultural Center in Helena-West Helena; Louisiana Purchase State Park and Natural Area near Brinkley; the Museum of the Arkansas Grand Prairie in Stuttgart; Arkansas Post National Memorial in Gillett; the World War II Japanese American Internment Museum in McGehee and more.

The Talimena National Scenic Byway offers panoramic views of the Ouachita National Forest and is one of the most scenic drives around. The road goes for 54 miles along forested mountain tops between Mena in southwest Arkansas and Talihina, Oklahoma. The drive is beautiful year-round and stands out in fall due to the color that can be seen there. In Mena, the route goes up Rich Mountain, Arkansas’s second highest peak, and by Queen Wilhelmina State Park.

Arkansas Scenic 7 Byway was Arkansas’s first state-designated scenic byway and runs almost the entire state from north to south. It goes from near the Arkansas/Missouri state line, south through Harrison, Russellville, Hot Springs and Arkadelphia, on through El Dorado to the border with Louisiana. Along the way you’ll pass through the Grand Canyon of the Ozarks at Jasper, cross over the Buffalo National River, cruise through Hot Springs National Park, drive across DeGray Lake and more.

More scenic drives can also be found across Arkansas. Fall color change begins in the Ozarks of northern Arkansas in late September or early October. The trees in central Arkansas and the Ouachita mountain range of west-central Arkansas start changing noticeably by early to mid-October. Southern and eastern Arkansas foliage usually begins changing during mid-October. Typically, peak color occurs around two or three weeks after color changes begin. However, please note that these are not predictions.

For updates throughout the season, sign up for weekly fall color reports at https://www.arkansas.com/things-to-do/attractions/fall-attractions.

Arkansas Tourism, a division of the Arkansas Department of Parks, Heritage and Tourism, strives to expand the economic impact of travel and tourism in the state and enhance the quality of life for all Arkansans. The division manages 14 Arkansas Welcome Centers and employs more than 60 staff members across The Natural State. For more information, visit www.arkansas.com.