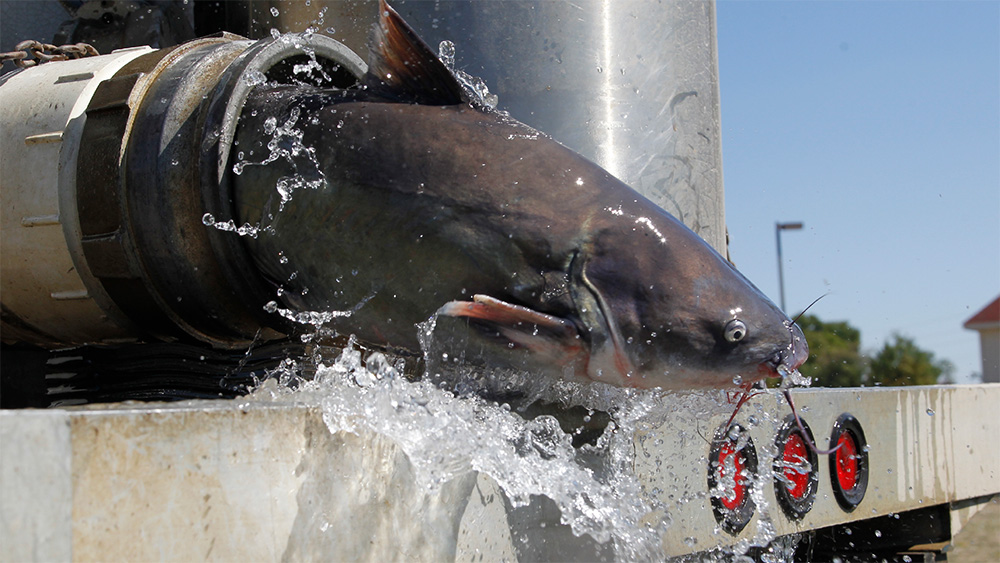 LITTLE ROCK – Break out the fishing rods and kick off fall with a chance at a monster catfish, thanks to the Arkansas Game and Fish Commission’s Family and Community Fishing Program and a generous donation from an Arkansas catfish producer.

The catfish producer from south Arkansas who wished to remain anonymous, donated more than 10,000 pounds of blue catfish, with most fish weighing more than 7 pounds and some giants tipping the scales at the 30-pound mark.

The AGFC normally stocks channel catfish when providing catchable-sized fish for anglers in ponds, but these blue catfish will offer even more fight and provide excellent table fare for those anglers lucky enough to hook, and land, these larger targets.

“We’ve been able to get catfish like this a few times from different means,” Clint Coleman, FCFP assistant coordinator, said. “Some have come from net pen operations where we grow catchable catfish, but most of these big ones have been through previous donations. But it’s always an exciting time when these big cats visit our locations. These are fish most anglers rarely get to see in these sorts of places, let alone catch.”

Coleman says anglers after these fish should beef up their fishing tackle, as these fish will put up the fight of a lifetime when hooked.

“When we’ve stocked these big fish in the past, we’ve seen a few broken rods in the trash cans next to the ponds soon after,” Coleman said. “I can only imagine the stories those anglers have told friends about the one that got away right down the road.”

Visit www.agfc.com/familyfishing to find a program pond near you and hook into the catch of a lifetime.