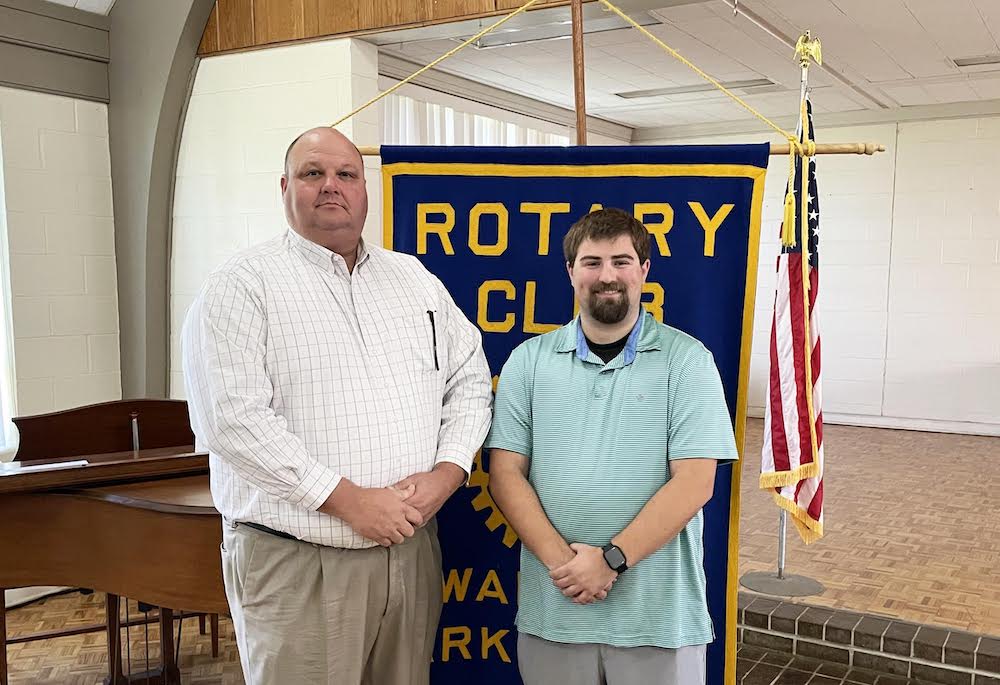 The Rotary Club of Warren met Tuesday for their weekly meeting at First United Methodist Church. Rotarian and Warren Superintendent Bryan Cornish introduced Mr. Coleman Horn as his program. Mr. Horn teaches biology at the high school, but is also the coordinator for the eSports program. He explained that eSports is sanctioned by the Arkansas Activities Association and that the team currently competes in two games that are offered called League of Legends and Rocket League. The program was started six years ago and Warren has already had some success by advancing to the playoffs of the state’s eSports league. The Lumberjacks compete against schools across the state of all sizes. Mr. Horn stated that they have a fall and spring season and he currently has 22 kids on the team, but expects that number to rise in the spring. He closed the program by answering a number of questions from the group.

Additionally, the Rotary Club heard from Warren Junior Rotarian Hannah Taulbee about her accolades and future plans prior to Mr. Horn speaking. Our club recently created a new Facebook page named Rotary Club of Warren, Arkansas. You can like and follow the page for the latest news and information regarding the Rotary Club.