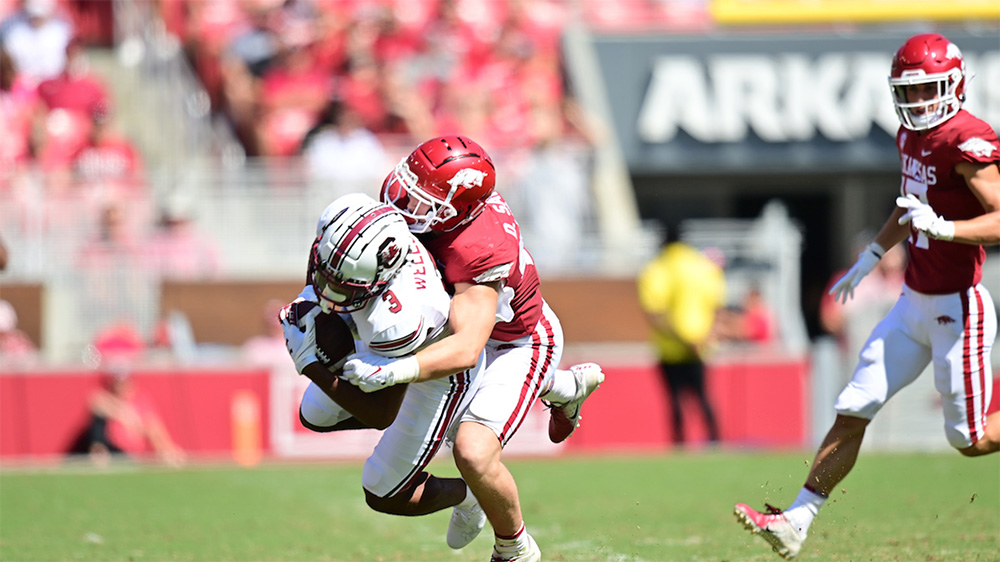 The Bednarik Award has been presented to the College Defensive Player of the Year since 1994 and is named in honor of Chuck “Concrete Charlie” Bednarik who was an All-American player at the University of Pennsylvania and later a multiple-year All-Pro linebacker and center for the Philadelphia Eagles.

Sanders had a career day in Arkansas’ 44-30 win over South Carolina on Sept. 10, setting career highs in total tackles (11), including eight solo stops, tackles for loss (3.0-14) and sacks with two while adding one pass breakup and one quarterback hurry.

The Denton, Texas, product became the second SEC defender since 2000 to have totaled 10+ tackles with 2.0 or more sacks, two or more forced fumbles and a pass breakup in a single contest after doing so against the Gamecocks. He joined Ole Miss’ Greg Hardy, who accomplished that feat in 2007. Sanders’ two forced fumbles tied a program single-game record (based on available stats).