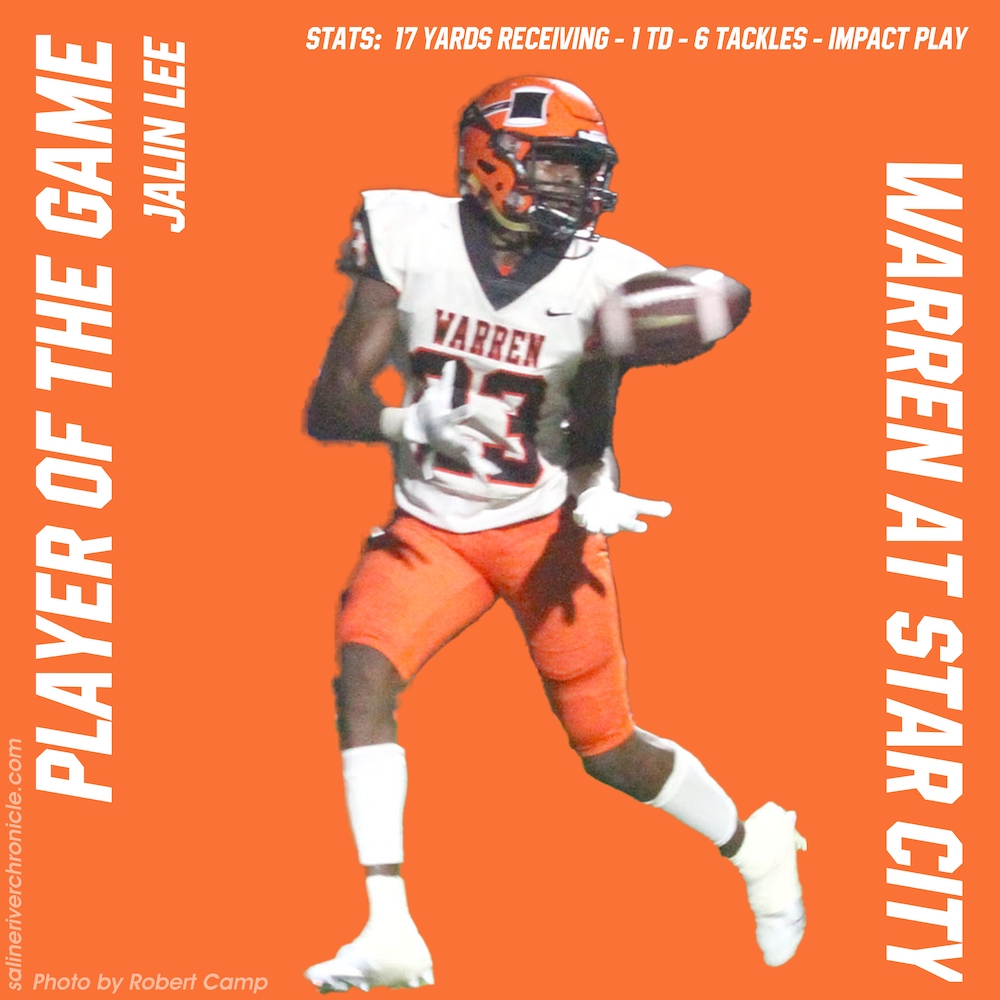 Lee and the Lumberjacks completed a sensational comeback victory over 8-4A Conference opponent Star City to move to 1-0 in Conference play at 2-1 overall. Lee put in a stunning performance defensively, picking up six tackles on the night, and helping to blow up the final play of the night in overtime for Star City, which saw the Lumberjacks take the win. Lee also has 17 yards receiving and a crucial fourth quarter touchdown to help tie the game before the end of regulation.