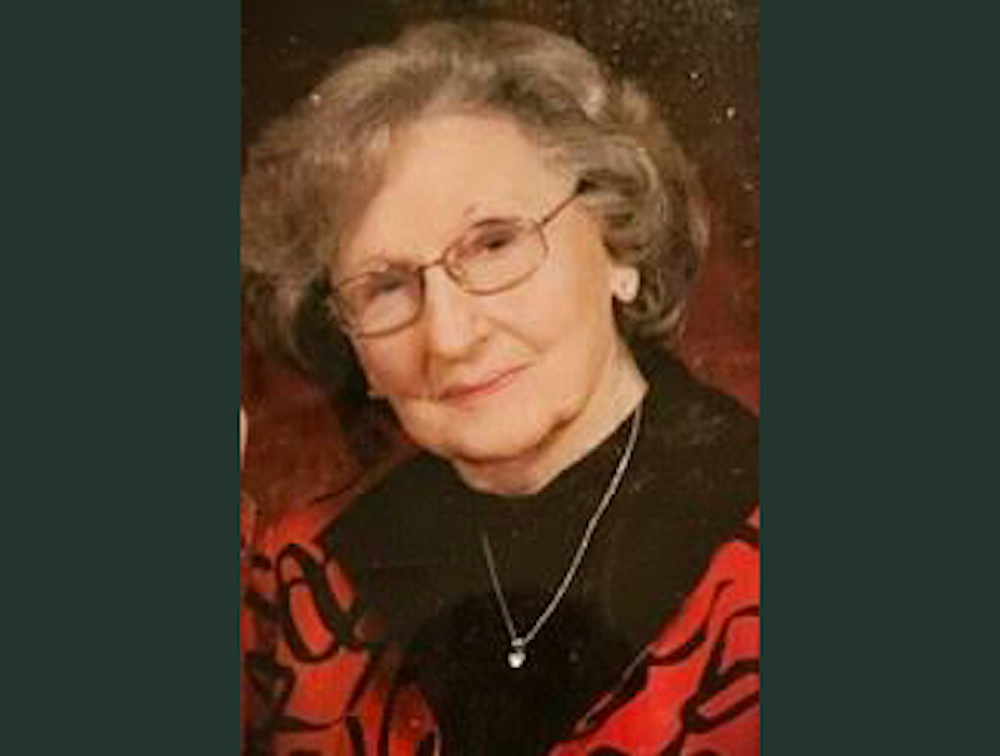 Louine Selman Leech died, September 1, 2022, at the age of 105. Louine was born February 19, 1917, in Kingsland, Arkansas, to Benjamin Franklin Selman and Hattie Bell Moseley Selman. Louine was preceded in death by her parents, her husband of 74 years, Robert W. Leech Sr. (1918-2016), her brother, J.B. Selman, and her sister Annette Selman Jenkins Smith.

Louine graduated from McGehee High School in 1934, received a B.A. in English in 1938 from Arkansas A&M College in Monticello, (now the University of Arkansas at Monticello) and graduated in 1939 from Chillicothe Business College in Chillicothe, Missouri. Prior to her marriage, Louine worked for Prudential Life Insurance and the Federal Home Loan Bank in Dallas, Texas, Deloise Brothers in Oklahoma City, and Arkansas Power and Light in Little Rock. After her marriage she was employed by the USO in San Luis Obispo, California, and later taught Business Education at McGehee High School.

Louine met her husband, Bob, at a dance at the Fredricka Hotel in Little Rock in 1941 while he was stationed at Camp Robinson. Louine travelled by train from Arkansas to California to marry Bob where he was stationed after the bombing of Pearl Harbor. They were married March 22, 1942, in San Luis Obispo, California. After WW II, Louine and Bob returned to McGehee, Arkansas, where Bob worked in Louine’s father’s grocery business. (Selman’s Grocery) Later Bob and Louine owned and operated Leech’s Shopright in McGehee, and Sunflower Food Stores in Monticello, Dermott, and Hamburg. During the early years, Louine was active in the business as the bookkeeper. In 1964, the Leeches moved their family to Monticello where they lived for nearly 50 years. In 2012, they moved to Stuttgart to live across the street from their son, David, and his family. Louine and Bob were devoted to each other and deeply committed to their faith and their family.

In Monticello, Louine was a member of the First United Methodist Church where she served on the Board of Stewards, taught Sunday School, worked with the youth in MYF, was in charge of Homes of Sorrow, was an active Circle member, was the part-time organist, and served as president of the United Methodist Women. She was a member of PEO, Sorosis Club, DAR, the Monticello Music Club, and the Monticello Country Club. In 2016 Louine was awarded the “Continue the Connection Award” by the University of Arkansas at Monticello.

Louine was an avid bridge player, tennis player, musician, and reader. She played in four Monticello bridge clubs into her 90’s, played tennis into her 80’s, and played the piano most days until she was 100. In her 90’s, with help from one of her grandsons, she learned to use a computer and enjoyed Facebook and E-mail. Louine was a passionate traveler who along with Bob traveled on every continent except Antarctica, and visited every state in the United States except North Dakota. Parts of many summers were spent at the Aspen Music Festival, and fall was always an opportunity to take a foliage trip to New England.

Louine was a loving, caring, and generous daughter, wife, mother, and grandmother who played an important role in the lives of her children and grandchildren. She made it a priority to attend all the important events in her grandchildren’s lives. Louine kept her family connected by planning special grandchildren trips, family vacations, and holiday gatherings. She enjoyed close relationships with her six grandchildren and felt fortunate to have met each of her seven great grandchildren.

The family would like to express their heartfelt appreciation to the staff at Chambers Nursing Home in Carlisle, to Cavalier Nursing Home in England, to Louine’s doctors from the Stuttgart Medical Clinic, and to her devoted caretakers who cared for her so lovingly during her final years.

In lieu of flowers, the family asks that memorials be made to the Louine and Robert W. Leech Scholarship Fund at The University of Arkansas at Monticello. Foundation Fund, P.O. Box 3520 Monticello, AR 71656.