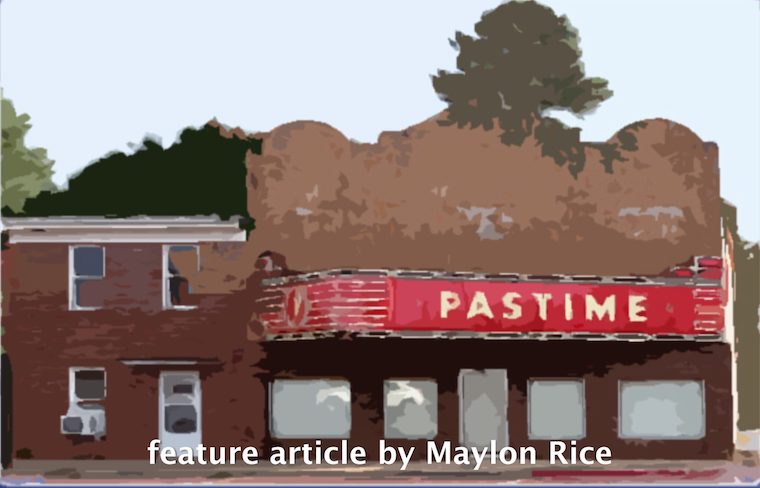 While the first week of 2022 high school football may have had some rain showers, it brought me back to a Pastime memory of the heroic ways that one Warren man filmed Lumberjack football almost 55 years ago.

There was no man braver than Jack Scobey in the late 1960s through all the 1970s.

I’ve seen him climb a telephone pole – 20 feet high into the air – stand on a tiny platform small as a tree stand (you deer hunters know what I am talking about) and do that for the entire football game.

All the while, on the pole, he juggled a 16-millimeter, hand-held camera with an 8 to 10 second burst of projection, capturing the movements of the Orange and Black against all opponents.

And he did this rain or shine, wind or no wind, cold or heat. He filmed the Lumberjacks – start to finish.

He would physically wind the camera with a cocking motion, then peer through the lens to focus on the upcoming play – starting the “trigger” on the camera to begin the motion only when the ball was to be snapped.

The 8 to 10 seconds of film would catch the running back hitting the line and surging through the defensive line making yardage.

Or better yet, if the quarterback pulled back, Scobey would catch the high slug ball flying into the air and in the arms of the receiver down the field.

He would immediately, following that play, rewind the camera and prepare for the next shot.

Jack Scobey, you see, often knew the plays and playbook, as well or better than the players themselves.

And he did this as a hobby, working full time at the family lumber yard in west Warren during the day. He never took a dime for all this work on behalf of the Lumberjacks.

After every TD he would record the PAT or the two-point after attempt. Then he would take a shot of the scoreboard with the updated score.

He would at the end of every quarter – shoot a shot of the scoreboard.

Later on in this busy, busy time, he would even shoot portions of the halftime band performance, but that is another Pastime for me.

To say he was brave to stand 20 feet off the ground on a tiny wooden platform tacked onto the side of one of the Arkansas Power & Light poles at area stadiums, or balanced on the roof of what would be a press box, is an understatement.

The Lumberjacks played Smackover one night down in Union County in the midst of what would soon become a Hurricane. The wind was howling about 30 miles an hour all night.  Jack Scobey, up on the side of the light pole, in the stadium more or less strapped himself to that pole to keep from flying off in the wind.

He not only got a football game filmed where I think the ‘Jacks lost to the Smackover Buckaroos, but also a wild halftime show for the band when the bright orange plumes went flying off those cab-driver style caps we wore.

I’ve seen him get yelled at by out-of-town officials for scaling up these utility poles hand over hand to film the Lumberjacks on that grainy black and white 16mm film.

But his job didn’t end when the game was over.

He had to get the film to the nearest Greyhound Bus Station on a quick overnight trip to Ray Cris Productions in Little Rock. This was a nexus for all the black and white film development for all the high school programs who had booster funds to shoot their own films.

This was BEFORE video tape, cell phones and certainly hand-held video tape cameras, which were all the rage of the 1980s.

The film would be processed overnight and then returned by Greyhound Bus to Warren on Sunday afternoon.

Several schools from around the region would drive over to Warren, where the only Sunday bus service was, to pick up their film.  And a film-swap of sorts began to take place in the parking lot of the bus station.

Area schools would exchange their film of their previous week’s games against, say Dumas – for those who were seeking to play Dumas in the week ahead.

The idea for shooting film footage was from the excellent football mind of Mickey O’Quinn.  Any advantage, any modern way to improve the football prowess of the Lumberjacks would be used.

O’Quinn and several Warren businessmen raised the money for the camera, the film and the processing of the film to provide the Lumberjacks with an edge.

Many Sunday afternoon football players were heardered into a darkened classroom or gym room to watch the previous Friday night’s action. Back and forth, back and forth, the tiny film edged through the projector with coaches barking out mistakes and sending out congratulations on good blocks, great runs and fantastic pass catches.

Today fans with cell phones in the stands and live computer streaming services can capture so much more than those tiny, grainy, black and white images of yesteryear.

A Pastime and a booster that should never be forgotten is Jack Scobey filming the Lumberjacks.