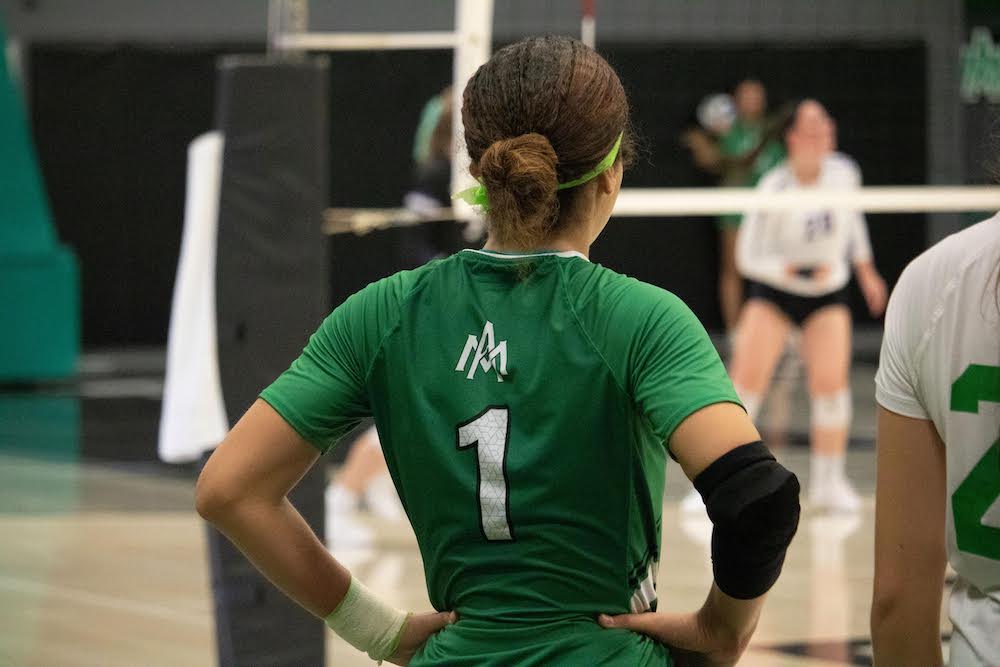 MONTICELLO, Ark. – The University of Arkansas at Monticello volleyball team comes out of their Great American Conference opener with a win over Ouachita Baptist on Tuesday. The Blossoms played five sets in the match, dropping the first two and winning the next three to complete a reverse sweep over the Tigers.

The opening set began with a back and forth match-up between UAM and Ouachita Baptist as they scored the first five points of the game. The Blossoms found a 5-1 run to put themselves up 7-3, but the Tigers would answer with a rally of their own to stay in the game. As we neared the end of the set, Monticello held a 21-18 lead over OUA. The Tigers went on a 4-0 run to regain the lead, but UAM took it right back to hold a 23-22 score. Unfortunately, Ouachita Baptist scored the final three points to win the set, 25-23.

In the second set UAM was the first team to score, taking a 6-1 lead over Ouachita Baptist, continuing to push the score upwards to 11-5. The Tigers would go on to out-score the Blossoms 8-2 to tie the game up at 13-13. UAM was able to regain their lead at 19-15, but were unable to hold onto it, eventually losing the set, 25-22.

The third set began with the Ouachita Baptist team taking an 9-2, but UAM was able to flip the script after a 6-0 run to bring the score to 10-9. After a handful of 3-0 runs from the Blossoms and the Tigers, the score was eventually tied at 24-24. Monticello would score the final two points of the set to win 26-24.

The fourth and final set of the match began very similar to each other, as the score began 2-2 in each. The fourth set was an all around dominant display of Volleyball from UAM. Once they took their lead early in the set, the would not los it for the remainder, tying the match up 2-2 with a score of 25-20.

The final set was once again in favor of the Blossoms as they took a lead early and capitalized on it over the Tigers. Monticello would win the set 15-11 and complete a reverse sweep to win the match 3-2.

Holiday Ellis led the Blossoms in kills with 15. Camryn McGough followed up right behind with 12 kills of her own.

Defensively, the Blossoms were led by Stasha Adams with 23 digs. Holiday Ellis, Mia Smalls, and Alyssa Smith each contributed 17, 12, and 10 of their own.

UP NEXT
UAM returns to the court on Friday, September 9 as they hit the road to Searcy, Arkansas for the Harding University Invitational. The Blossoms will play two games on Friday, the first against Lemoyne-Owen College at 11:00 a.m., and the second against Lee University at 3:00 p.m.

Live stream and live stat links will be posted as clickable links on the UAM Volleyball schedule at uamsports.com.