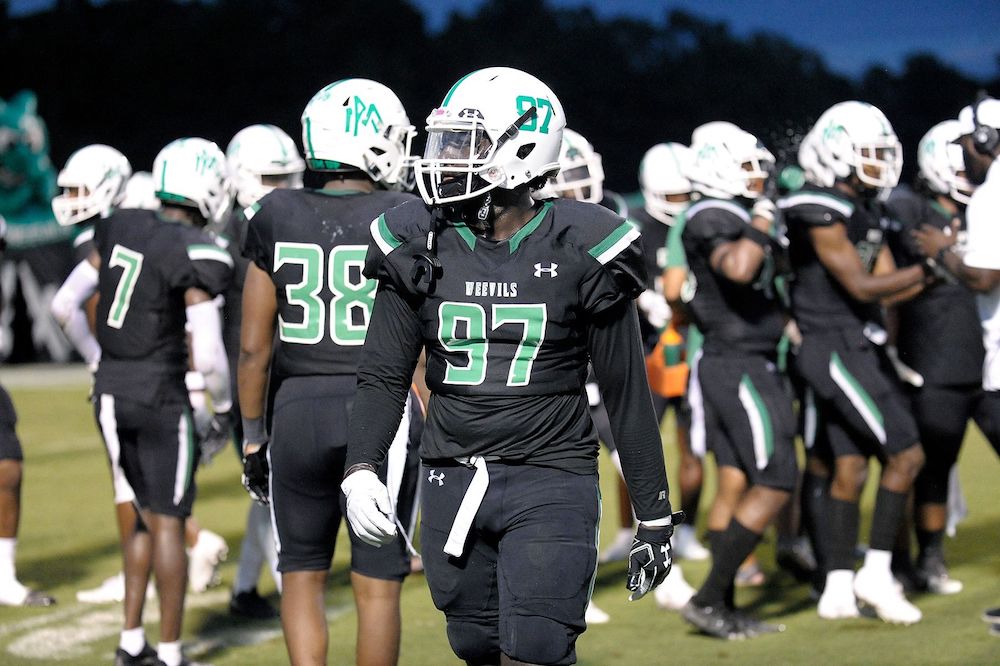 ARKADELPHIA, Ark. – The University of Arkansas at Monticello football team played their third match-up of the 2022 season on Saturday evening. The Boll Weevils traveled to Arkadelphia, Arkansas to take on in-state, Great American Conference rival Henderson State University, taking a 37-27 loss from the Reddies. The loss on the day drops the Weevils to a 2-1 record on the season.

UAM struggled to find their stride in the first half of Saturday evening’s Great American Conference match-up, as Henderson State held a 30-7 lead over the Weevils heading into half time. The Boll Weevils dominated the second half, outscoring the Reddies 20-7. Unfortunately, the effort would not be enough as UAM would fall to the home team.

On offense, quarterback Demilon Brown went 14-of-29 on passing plays for 320 yards and claimed two touchdowns passes. He threw a touchdown pass to both Isaiah Cross and Jordan Mansfield. Although he did not score himself, LaCedric Smith led UAM in receiving with six receptions for 144 total yards. His longest of the night being for a 41 yard gain. On the ground, Brown’s 19 carries for 133 yards led the team, but, Jonero Scott was a close second with 97 yards of his own on 19 attempts.

Defensively, Kaytron Allen once again led the way for the Boll Weevils with 10 total tackles and seven solo stops.

Post Game
Boll Weevil Head Coach Hud Jackson had this to say after the game: “Can’t expect to win a game against a good team with that many penalties and not taking advantage of scoring opportunities. Our team has a chance to be good if we can move forward and correct mistakes. Excuses is not the answer. Fixing issues and being able to look in the mirror and being honest with yourself is the first step. We will bounce back and be better! Eat’em Up!”

Up Next
The Weevils return to Convoy Leslie Cotton Boll Stadium on September 24 as they host in-state Great American Conference foe Arkansas Tech University. Official kickoff is set for 6:00 p.m.

You can find links the official live stream and live stats as tabs on the Weevil Football schedule page at uamsports.com.