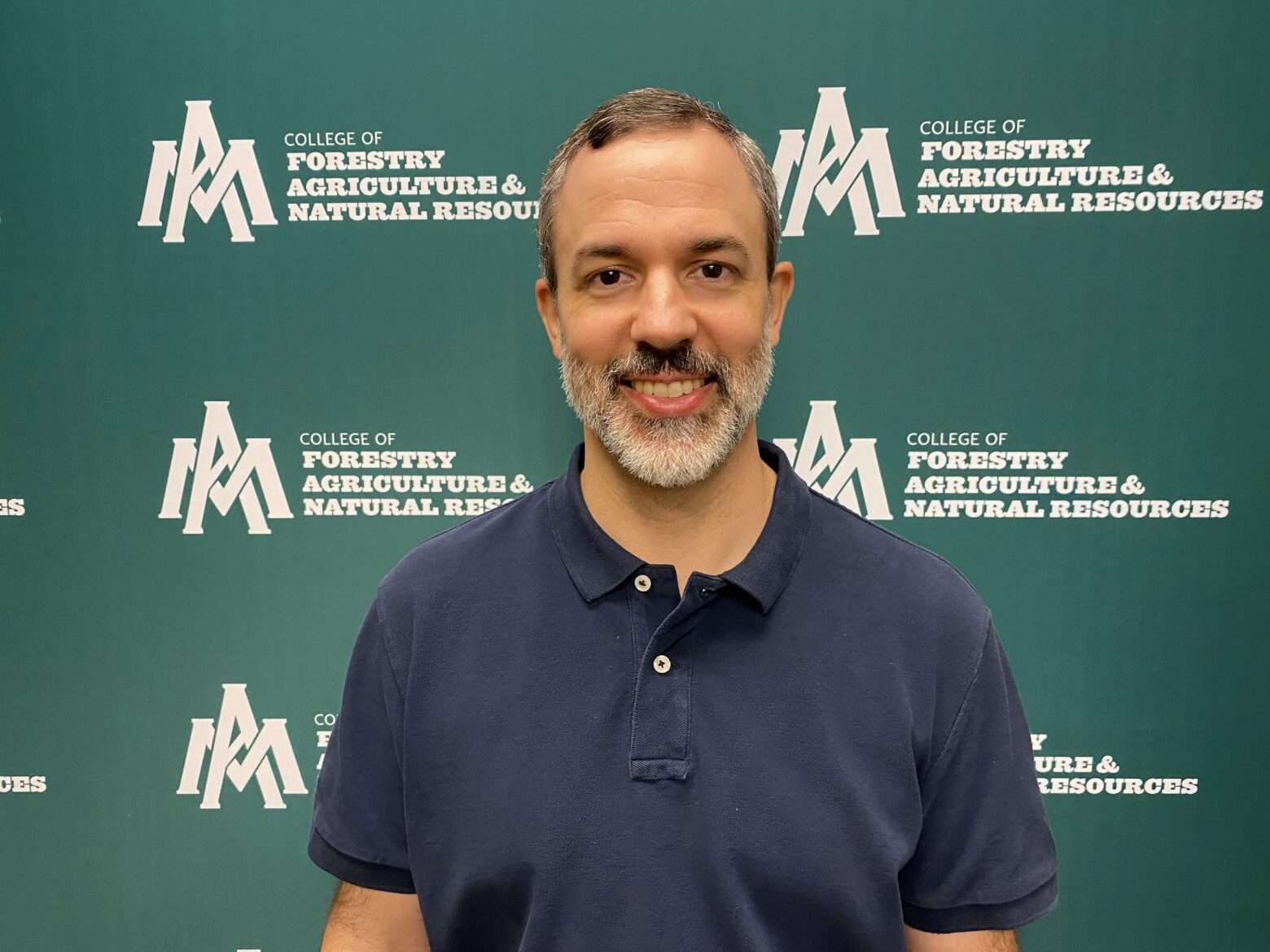 MONTICELLO, Arkansas — It’s taken a few years, but professionally Brian Deaton is stepping outside his comfort zone. For the first time in his life, the 44-year-old native of Texas has left his home state. Deaton and his family chose Monticello, Arkansas, to put down roots. Deaton decided it was time to get back to what he enjoys most: agricultural economics. Deaton started in August at the University of Arkansas at Monticello as an associate professor of agriculture. Deaton will be teaching Agribusiness and Agricultural Economics and will also contribute to the efforts of the University of Arkansas Division of Agriculture Cooperative Extension Service.

As a small child, Deaton grew up in Abilene, Texas. Deaton was exposed to farm life through his grandfather’s ranch in Sanderson, Texas. His grandfather got him interested in agriculture by giving him goats, sheep and peacocks. He says they even built a pole so the peacocks could escape the prey of nearby foxes.

Deaton eventually found his niche in high school at Cooper High School in Abilene. There he took advanced placement biology. Deaton initially wanted to be a veterinarian but soon discovered he enjoyed tinkering more with computers. He eventually went onto engineering school as an undergraduate at top-ranked Trinity University in San Antonio (2000). Deaton said he was a computer science major until his junior year. While at Trinity, during the internet bubble, he became interested in trading stocks. He then took a job as a financial analyst and programmer at a small firm and worked there for the next three years.

Deaton then headed to the Mays Business School at Texas A&M University, where he got his master’s degree in finance (2006). Initially, he planned to work in hedge funds and become a professional trader. His interest shifted to markets and information economics. A Ph.D. in Agriculture economics soon followed (2013).

Deaton next started teaching students at McMurry University, where his small class of students grew a $1-million portfolio into nearly $2 million in funds. He enjoyed teaching students how to manage money and risks. Deaton said, “when you can make money on anything, it’s pretty exciting.”

Deaton met his wife, Rebecca, in 2015. They had a commuter relationship. She was living in Garland, near Dallas, Texas, while he was in Abilene. It was a four-hour commute each way. Rebecca works for Children’s Relief International, where she helps educate, feed, and clothe children living in poverty. Since they got married, she has been doing most of her work remotely.

While his family enjoys the outdoors of Arkansas and what it has to offer, Deaton has a variety of hobbies. Besides going on family walks with his Catahoula dog, he enjoys hiking, cooking, and tabletop games. In true Texas fashion, he and his wife enjoy kicking up their heels with a two-step and line dance. Both enjoy country western dancing. Their next step is to scout Arkansas for a dancehall.