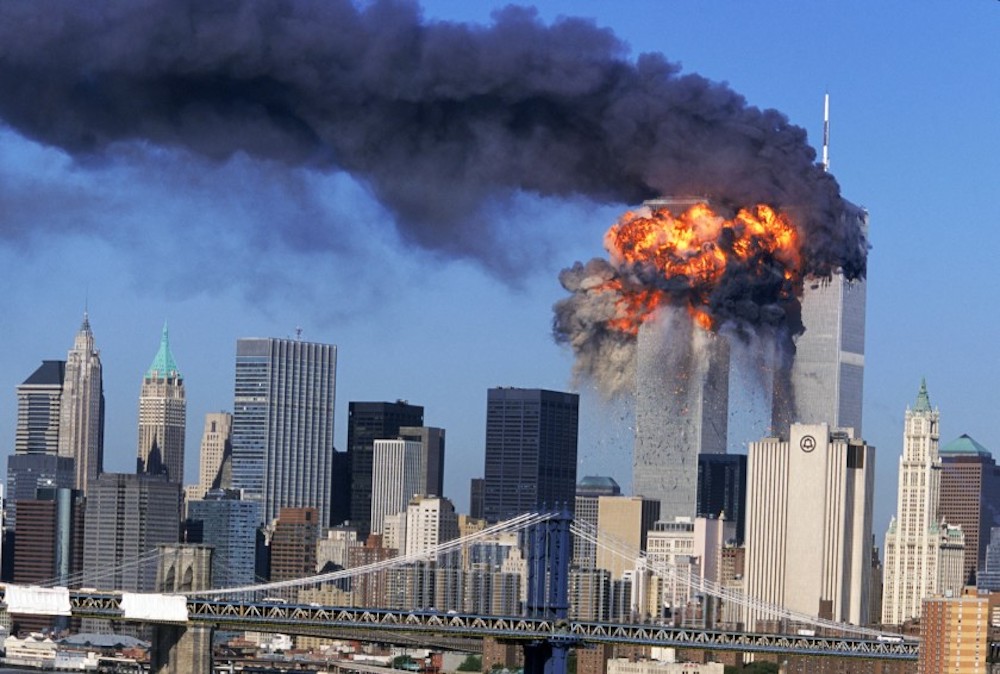 For those of us old enough to recall September 11, 2001, we cannot help but remember where we were and what we were doing when we either heard about or saw the attack on our country by al Qaeda. In a well planned and well executed attack, terrorists hijacked four passenger planes and began to carry out suicide missions against symbols of American power and prestige. Planes full of passengers crashed into the Twin Towers in New York City, the Pentagon, headquarters of the United States Department of Defense and another plan on the way to Washington, D.C. crashed near Shanksville, Pennsylvania, as passengers fought back against the hijackers in an attempt to retake control of the plane. In all, just under 3000 people were killed including passengers, and people in the Twin Towers, the Pentagon and firefighters who rushed in to try to save people. The 343 firefighters who lost their lives in heroic action were the most first responders to perish in one day in American history. They were, and are, heroes, and should never be forgotten. They should always be honored along with all of our citizens that perished that day.

The event we refer to as 9-11 has had a profound impact on our nation and indeed the world. So many things have changed, such as air travel, religious relationships, views of the world, and yes, the degree we fear others. It has affected our politics and has affected so many American families as we fought against terriosit around the world with the loss of thousands of our sons and daughters in combat, as well as the many injured and maimed. We have won many battles and adjusted in many ways, but it has changed our world and made many people question a free society and democracy. It has created the most change in America since the Civil War in both substance and attitudes. It has forced both positive and negative change among our citizens and the United States government.

Let it be remembered that this was not the first history altering event to happen to America in our history as a nation. All of our wars, from the Revolutionary War to today, have changed us. The Great Depression changed us, the industrial revolution and the digital revolution have all changed the world and America. None of that happened without causing doubt and fear, to some degree, among Americans. Most of us do not like change. The fact is it continues to occur and will do so. The question is, are we ready to deal with it and do we have what it takes
to overcome and move forward. America has done it over and over in the past. We have to keep working to do it again.

Let us honor all who have sacrificed throughout the 9-11 episode for the past 20 years and those who still deal with the losses that occurred. Let us continue the American experiment in constitutional government and democracy by working together to move ahead socially and economically, and maintain a strong defense of freedom for everyone in our nation. We owe it to all who died and those who have suffered. We owe it to ourselves and our children. The work never ends. Remember Proverbs 29:18, “Where there is no vision, the people perish.” May we keep the vision
and contribute to the cause.

We give thanks to all who perished on 9-11 and for the last 20 years, and honor them and their families! We also are thankful for our own local first responders who do such a good job of providing law enforcement, fire protection and rescue services. It is important to support them and provide the tools they need to do their jobs safely and successfully. God Bless them all!