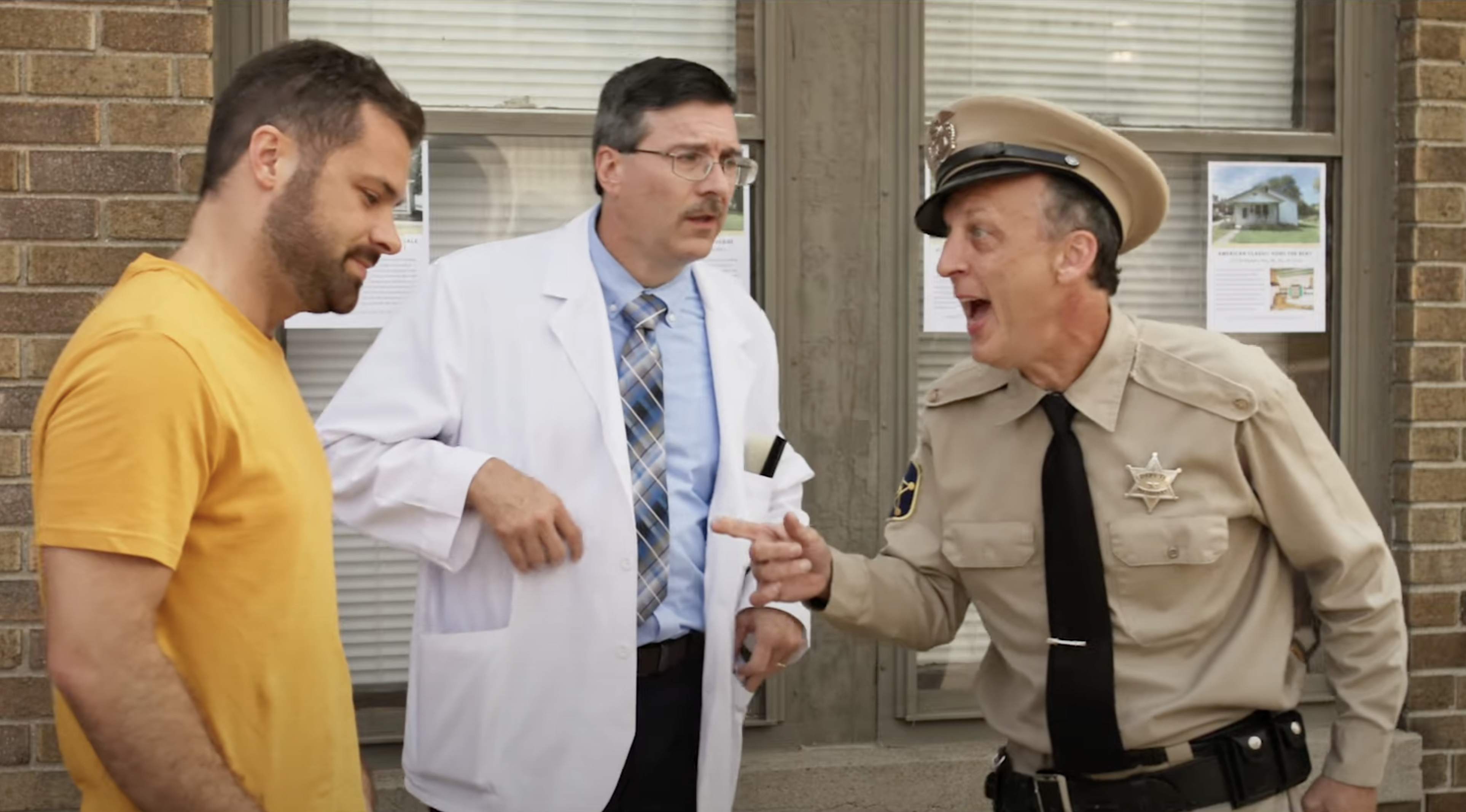 Wednesday evening, with popcorn in hand, I sat down in my recliner and relaxed for about an hour and a half as I took part in an online pre-screening of a movie I was fortunate enough to be a contributor to the production of over two years ago titled, Mayberry Man, a film which celebrates the spirit of one of the most successful television shows in history, The Andy Griffith Show.

Mayberry Man, the creation of Stark Howell, the son of Hoke Howell who played Dud Wash on The Andy Griffith Show, follows the story of “an arrogant movie star busted for speeding in a small southern town” as he is “sentenced to attend Mayberry Fest: a weeklong festival celebrating The Andy Griffith Show,” the movie’s website states. The final film I watched Wednesday evening was not only a truly entertaining comedy evoking the nostalgia of The Andy Griffith Show, but also a film which reminded me of the reasons why I, like so many of my fellow neighbors in the Bradley County community, chose to make this our home. Not to give any spoilers away, as the film is set to make its public premiere in select theaters across the United States in the coming weeks, with a DVD release not long after, but Mayberry Man portrays the true essence of small-town life that makes living in places like Warren and Bradley County so special, friendship and family.

The past couple of years have been hard on us all, but Warren has always been the type of place where we help our neighbors, see that the needs of those around us are met, and of course, we are able to have a laugh and a good time together. I know I speak for so many when I say I’m glad I personally know our local doctors and hospital staff. Every time I step in one of our grocery stores I’m met with a friendly hello. And when times get tough, someone is there to lend a helping hand. That’s why we are here. That’s what Mayberry Man evokes.

The film stars a very talented cast led by Brett Varvel, who plays the main character Chris Stone, the arrogant movie star forced to attend the annual Mayberry festival. I have to hand it to writer and director Stark Howell on the casting of the film. I was expecting an excellent film, but the talented cast left me thoroughly impressed. If you are a fan of The Andy Griffith Show, actor Allan Newsome’s portrayal of Floyd the barber is uncanny. Rik Roberts, who plays deputy Barney Fife, also put in a stellar performance.

Numerous people with connections to the original Andy Griffith Show either were involved in the production of the film or have parts. Karen Knotts, daughter of famed comedy actor Don Knotts makes an appearance, and Andy Griffith’s daughter Dixie was an executive producer.

Much of the film was shot in Mount Airy, North Carolina, the hometown of Andy Griffith. My family and I took the chance several years ago to visit the small North Carolina town. So it was a lot of fun seeing many of the same places we visited.

The movie is a terrific family flick I highly recommend when it comes out on DVD, and I believe digital download as well. The final release to DVD is set for October 1, 2021. You can put in your pre-order at mayberrymanmovie.com .