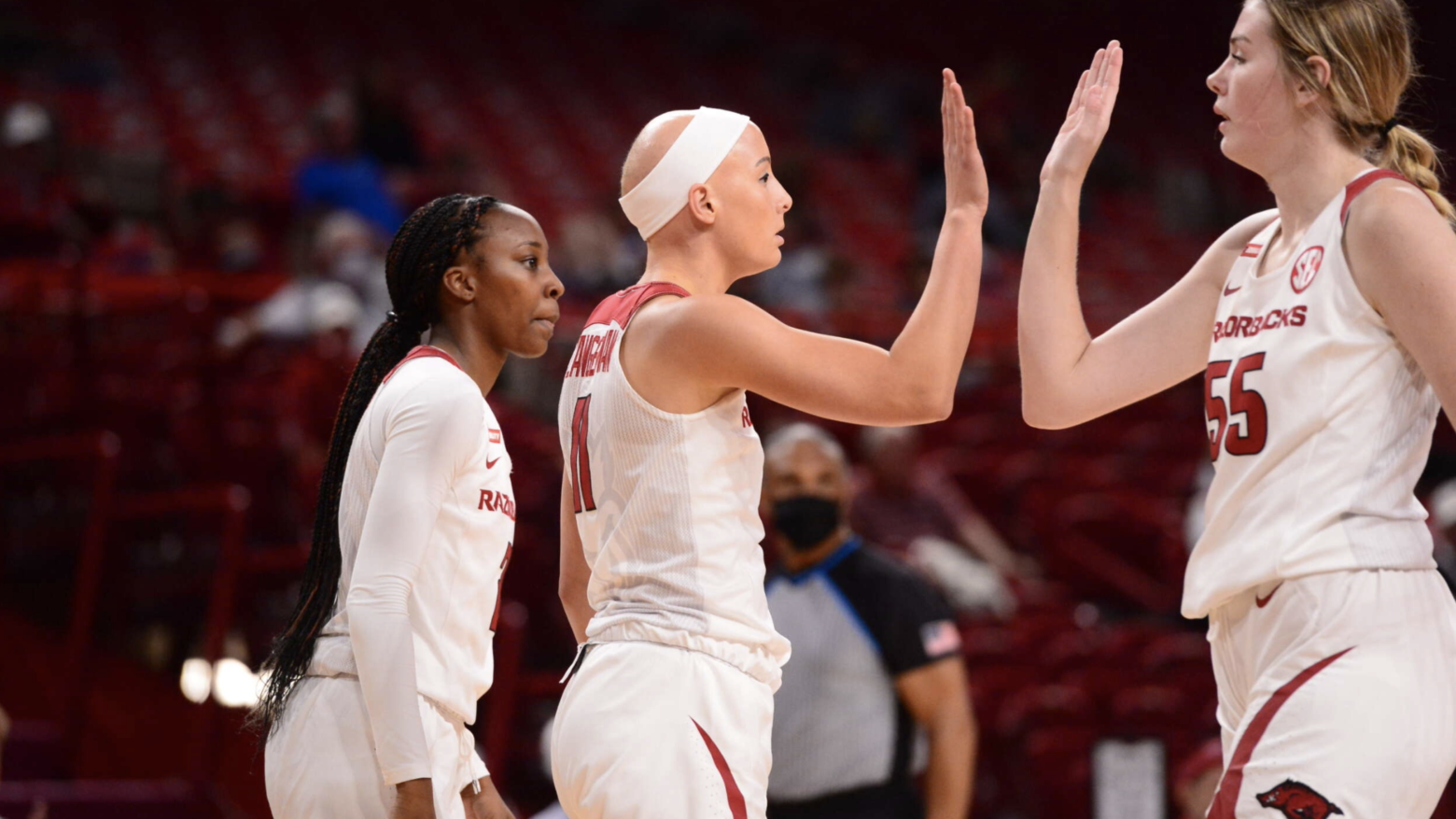 FAYETTEVILLE, Ark. – Arkansas Women’s Basketball (2-0) dominated in-state opponent Arkansas-Pine Bluff (0-2), 96-53, in Bud Walton Arena on Friday afternoon. The Hogs put on another defensive clinic in this one after holding Tarleton State to just 33 points two days prior, as the Golden Lions were held to just 25% shooting for the game.

The improved depth for Head Coach Mike Neighbors’ Razorbacks was once again on display, as five different Hogs reached double figures for the second straight contest. Redshirt junior forward Erynn Barnum’s strong start to the season continued, as she did it all for the Hogs, totaling 15 points, six rebounds, two blocks, and four steals. Redshirt freshman guard Elauna Eaton was awesome off the pine once again, matching Barnum with 15 points. She also pulled down seven boards, a team high.

The visiting Golden Lions played the Razorbacks close in the first quarter, trailing by just five after the first 10 minutes. But Arkansas righted the ship in the second quarter, starting the frame on a 12-0 run to go up by 17, and the Razorbacks never looked back. The Hogs increased the lead to 27 by halftime, thanks in large part to Eaton, Barnum and Samara Spencer, who combined for 21 points in the second quarter.

The Razorback defense was suffocating coming out of the locker room, limiting Pine Bluff to just 11% shooting in the third quarter. By the time the final frame rolled around, the contest was out of reach. Freshman Jersey Wolfenbarger recorded six points in the fourth to put the seal on the victory.

Arkansas is set to take on mighty UConn, as the return game of the series will take place Sunday in Hartford. The Razorbacks and Huskies are set to tip off at 12 p.m. CT, and the game can be viewed on SNY and streamed through FoxSports.com.

For more information about Arkansas Women’s Basketball, follow us on Twitter and Instagram at @RazorbackWBB and on Facebook at Facebook.com/RazorbackWBB. Be sure to subscribe to our YouTube Channel, “Kickin’ It In The Neighborhood” for an inside look at the Razorback women’s basketball program and check out The Neighborhood podcasts at CoachNeighbors.com.