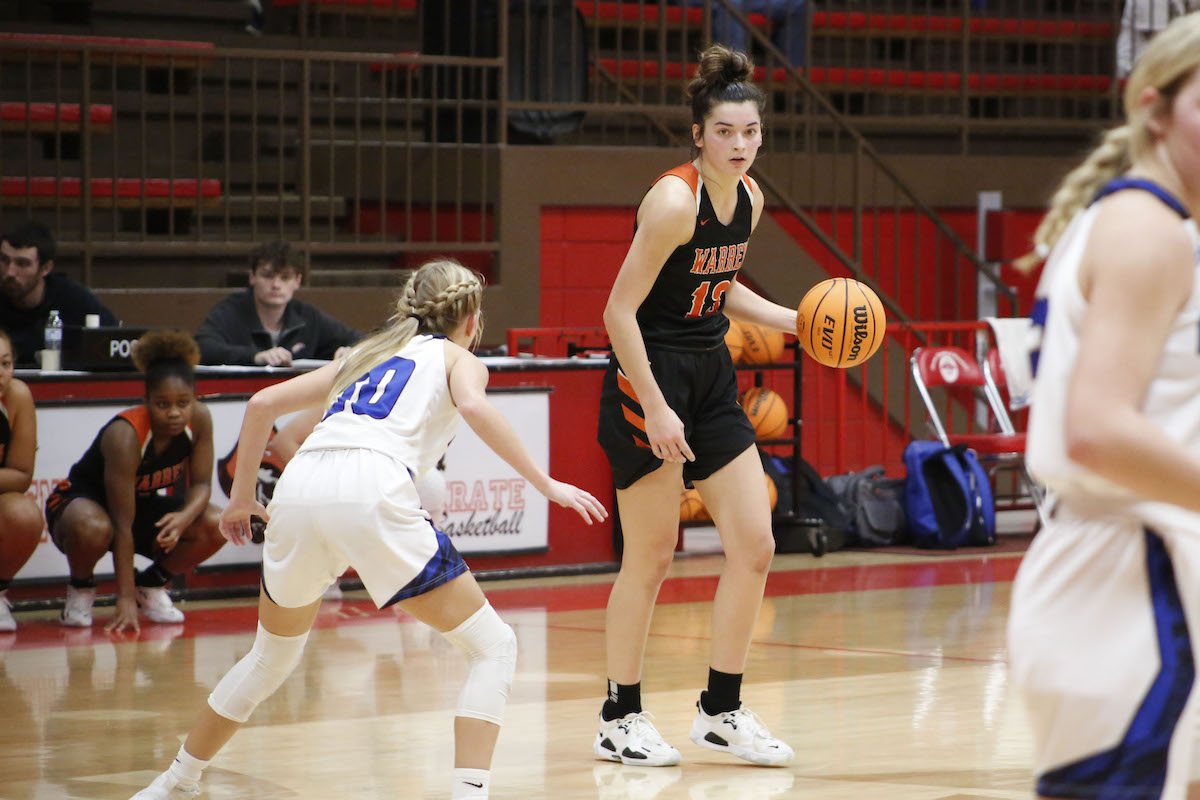 Monticello, Arkansas – Warren’s Commercial Bank Southeast Arkansas Holiday Tournament run came to an end Wednesday, December 29, 2021 as the Lady Jacks just came up shy against a talented Parkers Chapel squad in the consolation portion of the bracket by the final of 38-29.

Once again the Lady Jacks came out swinging early in the first, with superb play from Tessa Andrus and Keller Bigham. Parkers Chapel did take a bit of the momentum away midway through the first, as they retook the early lead and stretched it to as much as ten points. Late in the quarter the Jacks fought back as Bigham drained a three to bring Warren within five before the start of the second.

The Lady Jacks kept pace with the Lady Trojans through the second period of play, but were unable to make a dent in the lead. Parkers Chapel led 21-16 at the half.

Although they came within four with 5:50 remaining in the third period, a sluggish third quarter of offense saw Warren fall eight behind. Bigham was the only Lady Jack to record any points, as she knocked down another two threes.

Credit to Coach Leon Harris’s Lady Jacks, they never quit. The game was still all to play for deep into the fourth. However, Warren would go on to lose by the final of 38-29, ending their Holiday Tournament play.

Keller Bigham reached double figures for the eleventh time this season. Wednesday she posted 22 points, 12 of which came from beyond the arc.

Tessa Andrus went three for four from the free-throw line. That would be her total on the day.

Both Paris Wright and Tyairean Bass each got a bucket a piece as well.

Warren’s Lady Jacks are now 5-6 on the season. Wednesday’s tournament game marked their final appearance for 2021. They are set to host Camden Fairview Tuesday, January 4, 2022 to open up 8-4A Conference play.

The January 4 slate of games includes a Warren Junior Jack boys game, the Warren Lady Jacks, followed by the Warren Lumberjacks. The Junior boys game will tip-off at 5:00 p.m. CST.

Check out even more photos from this game on our Facebook page.