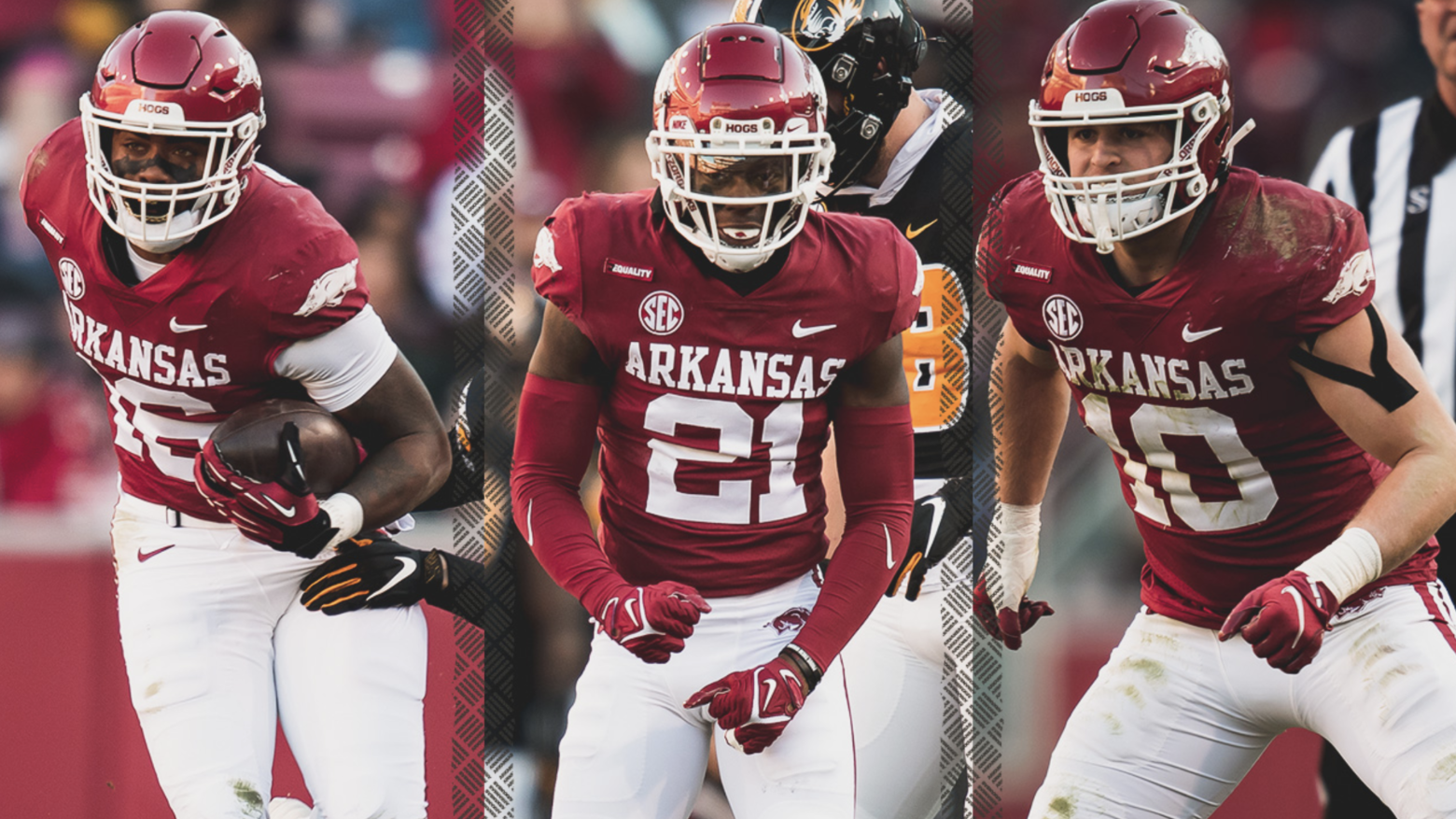 Burks posted one of the best seasons by a receiver in program history, recording 66 catches for 1,104 yards (16.7 ypc) and 11 touchdowns, while also being a threat on the ground with 15 carries for 112 yards (8.0 ypc) and a touchdown. He ranked second in the SEC in receiving touchdowns, third in receiving yards per game (92.0), fourth in receiving yards and sixth in receptions per game (5.5). The Warren, Ark. product set a program record totaling six 100+ yard receiving games in a season and became just the fourth receiver in school history to eclipse the 1,000-yard mark in a year. His 11 receiving touchdowns are tied for second-most in school history. Burks is joined by Alabama WR Jameson Williams on the first team; the duo are the only receivers in the SEC to total at least 1,000 receiving yards and 10 receiving touchdowns this season. Cobi Hamilton was the last Arkansas wideout to earn first-team honors from the coaches in 2012. This is Burks’ first career appearance on the first team and third career postseason award from the coaches after being named to the second team as a kick and punt returner his freshman year in 2019 and a wideout in 2020.

Brown created havoc in the Hogs secondary by tying for the SEC lead with five interceptions, which is tied for the second-most in the FBS. His five picks are tied for ninth in a single season in school history and make him the first Razorback to tally five or more interceptions in a season since Tramain Thomas in 2011. Additionally, he added 53 tackles, 1.0 tackle for loss, five passes broken up, a fumble recovery and forced fumble this year. The Ashdown, Ark. native is one of just two players in the SEC to produce multiple interceptions with at least one forced fumble and one fumble recovery this season. Brown is the first Arkansas cornerback since Ahmad Carroll in 2003 to earn first-team recognition from the league’s coaches.

For the second consecutive season Pool earned second-team recognition from the conference’s coaches. The linebacker ranks second in the SEC and tied for 10th nationally, logging a career-high 120 tackles. His seven games producing double-digit tackles is tied for third nationally. The Lucas, Texas product also added 7.5 tackles for loss, which ranks second on the team, and two passes broken up to his season stat line. Pool has tallied 344 career tackles, placing eighth in the program’s record book. Over the last three seasons (2019-21), his 315 tackles are second in FBS in that span. Pool’s honor gives Arkansas at least one linebacker with All-SEC honors from either the coaches or Associated Press for the fourth straight year.

Under second-year head coach Sam Pittman, the Razorbacks won eight games during the regular season – the most regular season wins for the program since 2011 – and will meet Penn State in the Outback Bowl at 11 a.m. CT on Jan. 1, 2022.