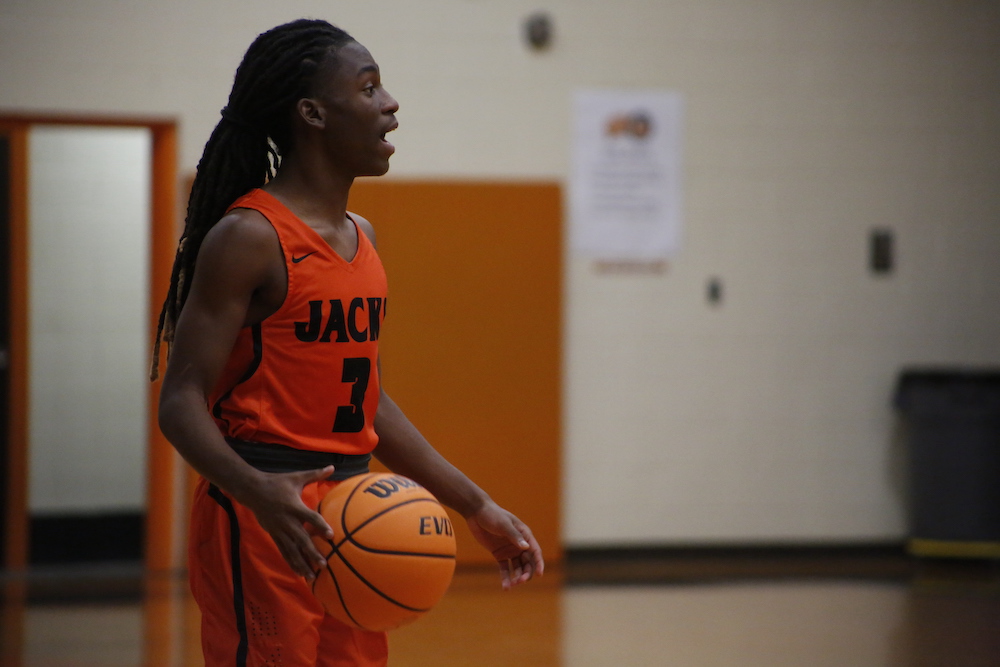 Pine Bluff, Arkansas – Offensive struggles brought Warren a tough loss on the road Friday evening, January 14, 2022 as the Lumberjacks dropped their ninth game of the year by the final of 71-17 to Watson Chapel.

The Jack men came into the ballgame off the back of a hard fought dropped game Tuesday at Star City which saw the orange and black move to 2-8 overall. With Friday’s 8-4A matchup against the Wildcats of Watson Chapel, this mid-January week proved to be really difficult portion of the schedule for Warren.

Watson Chapel took control early in the first and really never looked back. They led 22-5 after the first. A 26 point second quarter put the game out of reach at the midway point. Watson Chapel went on to defeat Warren 71-17.

Guard Malik Day led the Lumberjacks with eight points, six of which came from three-point range.

Isaac Richey followed Day with five on the night.

The only other Jack to score from the field was Matt Powell who banked three.

The loss brings Warren’s overall record to 2-9. In the 8-4A Conference Warren is 1-3. That Conference record sees them still in sixth place in league play, above both Crossett and Hamburg.

Next week provides a huge opportunity for the Lumberjacks as they hit the road again Tuesday, January 18. Warren will have the chance to not only jumpstart the season once more with a win, but more importantly against a direct rival in the Conference battle to-date, as the boys from the land of tall pines head south for a massive game against the Crossett Eagles who sit just behind Warren in the standings, but with only two losses and a game in hand.

We are still waiting to hear whether the Lady Jacks will restart play Tuesday as well, but the schedule currently shows Tuesday’s games starting at 6:00 p.m.