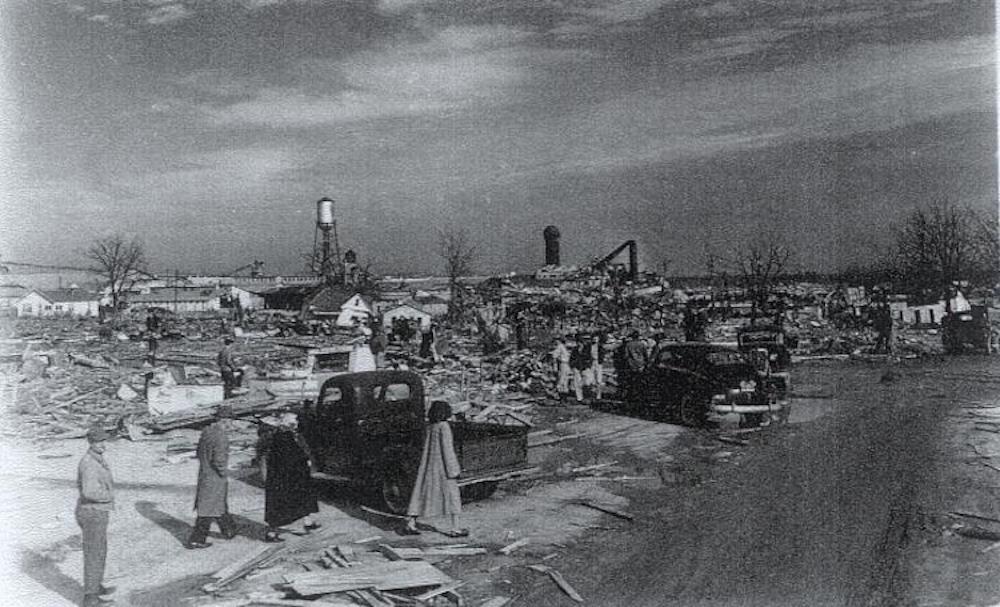 That storm was a disaster legend to several generations of young people growing up in Warren. The 1949 storm was more deadly in loss of life than the 1975 storm and still ranks as one of the largest natural disasters in Arkansas history.

The 1949 tornado killed 55 people and injured over 300, doing massive damage to the southern part of the City and pretty well destroying the Bradley Mill. Portions of the same areas were hit in 1975, particularly the Bradley. Both times the Mill was rebuilt and put back into operation.

The 1949 storm has been rated as an F-4. It was reported that debris was found in a number of places in Arkansas that was picked up by the storm in Warren and later dropped. One such report was of items found in Stuttgart. The 1949 storm hit sometime after 5:00 p.m. There was little ability to track storms at the time and little warning was available. The Mayor of Warren in 1949 was James Hurley, Sr.