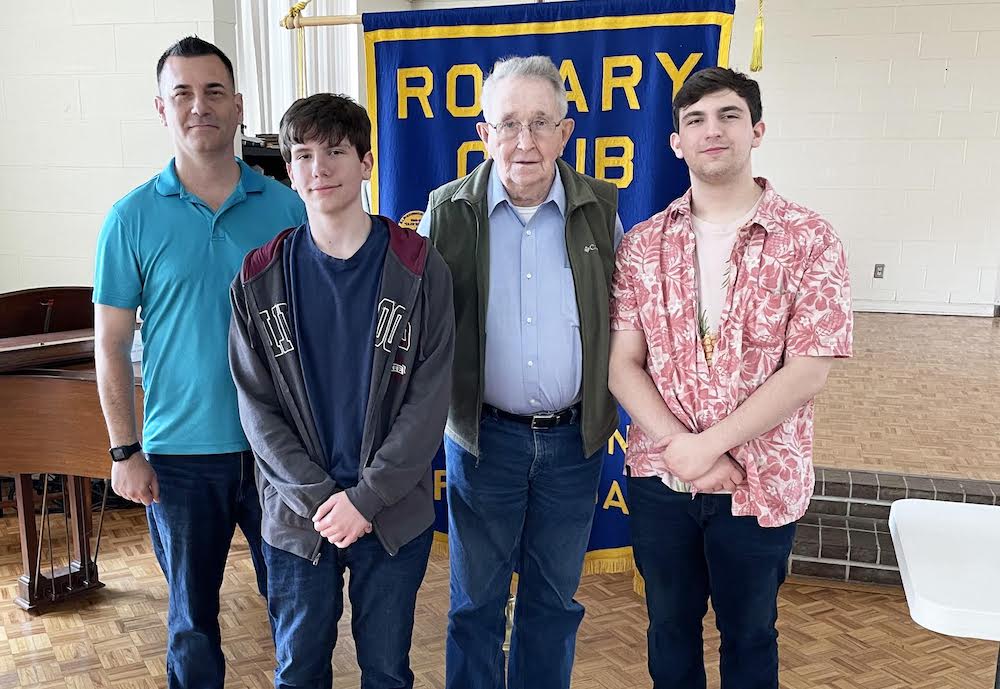 WARREN, Ark. – The Rotary Club of Warren held their weekly meeting Tuesday, March 29 at First United Methodist Church. Hermitage Junior Rotarians Emily Esquivel and Andy Lewis spoke to the crowd before Warren Junior Rotarians Ella Garner, Arrington Browning, and Harley Latta spoke. Rotarian Mark Wargo then presented his program, which was his father Andrew Wargo. The elder Wargo was just recently inducted into the Arkansas Agriculture Hall of Fame and has been in agriculture and conservation for more than 50 years. A native of Watson, Wargo has spent more than 50 years as farm manager for the Baxter Land Company. He spoke about his experience and how farming has changed since before World War II up until the current time. He earned his degree in agricultural engineering from Arkansas State University and was a member of the A-State Sport Parachute Team that won the National Collegiate Championship in 1964. He spent a few years in education before he went to work for Baxter and he helped stop recreational tillage. Additionally, he helped run the catfish farming operation and managed his family’s cotton gin. He spoke at length about a number of topics ranging from farming techniques to how many insecticides, herbicides, and pesticides there are now compared to when they used to only have one and ended his talk with some humor.