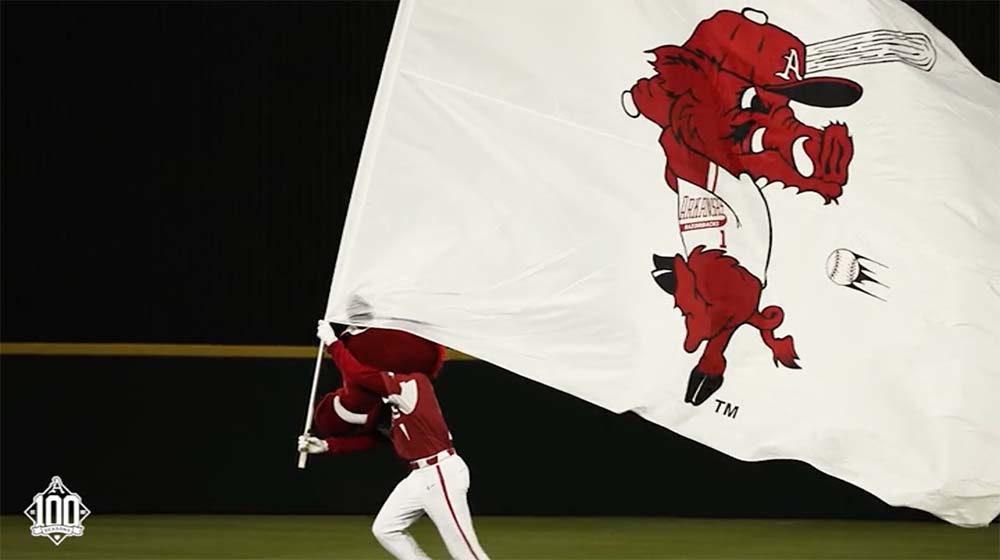 No. 3 Arkansas (16-3, 3-0 SEC) finished off its three-game sweep of Kentucky (14-7, 0-3 SEC) with a 3-1 victory in Sunday’s series finale at Baum-Walker Stadium. The Razorbacks, now winners of 11 consecutive games and 11 straight SEC series, have won their last five SEC Opening Weekend series, sweeping in four of those five.

Jaxon Wiggins was superb on Sunday afternoon, firing six scoreless innings while fanning a career-high eight batters to lead Arkansas to its second series sweep of the season. The hard-throwing right-hander, who touched 98 miles per hour with his fastball throughout the game, allowed just four hits and four walks en route to his third quality start of the season.

All three Arkansas starting pitchers turned in quality starts during the weekend against Kentucky. Connor Noland struck out seven in 6 1/3 innings of one-run ball in the opener before Hagen Smith punched out seven in six innings with three runs allowed in yesterday’s series-clinching win.

Braydon Webb powered the Razorback offense for the second day in a row, swatting his second homer in as many days in the bottom of the third. His two-run shot, which jumped off his bat at 111 miles per hour and traveled 442 feet, was his first of two base knocks on the day.

Just as it has been all season, Arkansas’ bullpen was tremendous in relief. Evan Taylor (1.0 IP, 1 SO) and Brady Tygart (2.0 IP, 1 SO) combined to lock down the final three frames and secure the Hogs’ 3-1 win.

The Razorbacks return to action next weekend, traveling to Columbia, Mo., to take on SEC East foe Missouri (12-5, 0-3 SEC) in a three-game set. Arkansas’ midweek contest against Omaha, which was scheduled for 3 p.m. Wednesday, March 23, in Kansas City, Mo., at Kauffman Stadium, has been canceled due to forecasted inclement weather.