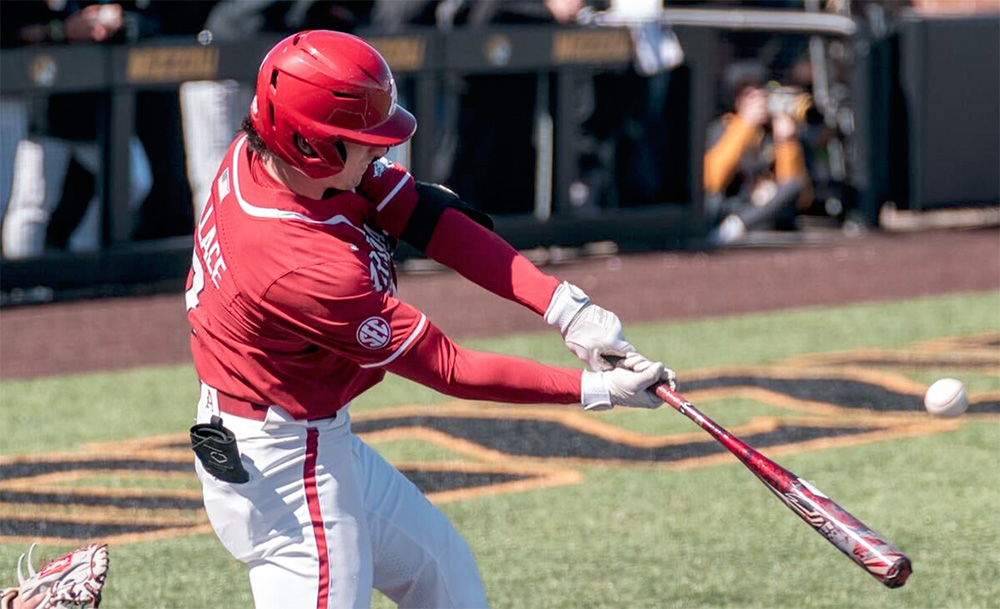 After Mizzou scored a pair of runs in the first, Arkansas struck back in the top of the second with four runs to open its first two-run lead of the afternoon. Cayden Wallace hit a wind-aided double with the bases loaded to drive home three before scoring on a throwing error later in the frame.

The Tigers cut their deficit to one in the fifth, but Robert Moore pushed it back to two in the top of the seventh with his RBI single to center.

Facing a two-run deficit entering the bottom half of the seventh, the Tigers mounted their comeback using three hits, three walks and three consecutive wild pitch to score four runs and take a 7-5 lead. Arkansas put runners on in both the eighth and ninth innings but could not bring them home.

True freshman Hagen Smith started on mound and struck out five over five innings of three-run ball. He departed the ballgame in line for the win, but the bullpen was unable to help him earn his team-leading fifth victory of the season.