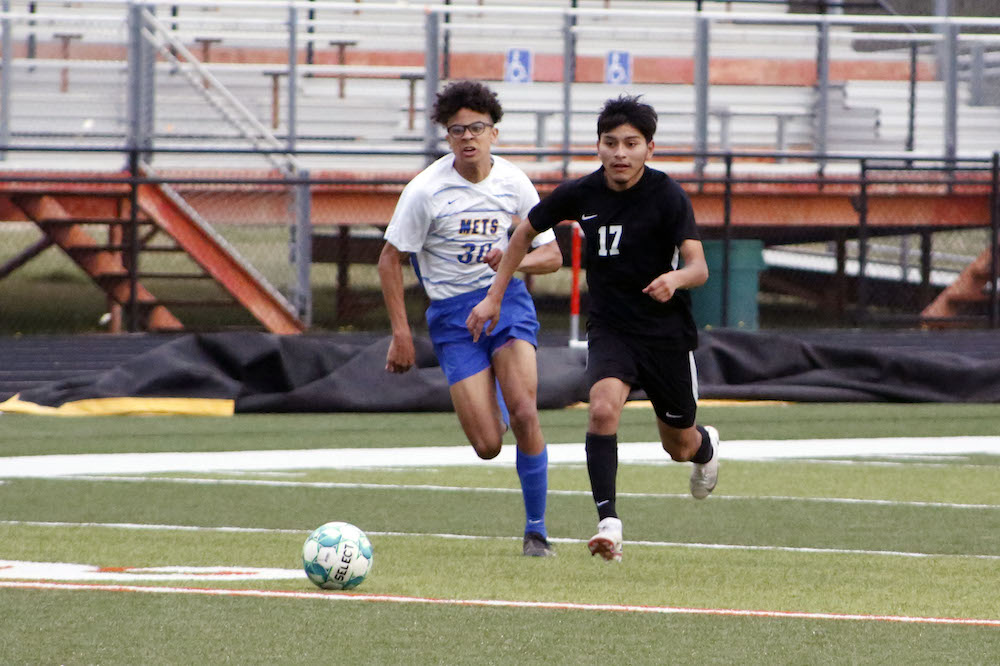 WARREN, Ark. – Three first half goals conceded and difficulties in the final third of the pitch dealt Warren its first loss in the 4A East Conference, as the Lumberjacks lost to ESTEM High’s Metropolitans by the final of 3-0 Tuesday evening, March 29, 2022 at home at Jim Hurley, Jr. Stadium in Warren.

Still without senior team captain Hector Torres through injury, the Warren Lumberjack Soccer Club aimed to pick up their second win in conference play hosting the Mets of ESTEM out of Little Rock. In the eleventh minute ESTEM got its first crack at goal, but the shot sailed high and wide right.

Their opening goal came in the nineteenth minute, as a shot was deflected off a Lumberjack defender. After the deflection it looped high, but goalkeeper John Hill was on the ground after diving for the initial shot. In his defense, the deflection was a killer. Otherwise, he had the first shot covered easily. The ball rolled in for an early ESTEM lead. Hill had no chance.

The Mets got another goal in the twenty-sixth minute. They worked the ball well down the left wing and pinpointed a shot into the bottom right side to lead 2-0.

Another ESTEM goal in the thirty-fifth was a blow.

Warren had several chances in the second half, but were unable to either test the keeper on some occasions, or were unable to pick the right spot. The Jacks lost by the final of 3-0.

They next travel to Harding Academy for a match Friday, April 1, 2022.