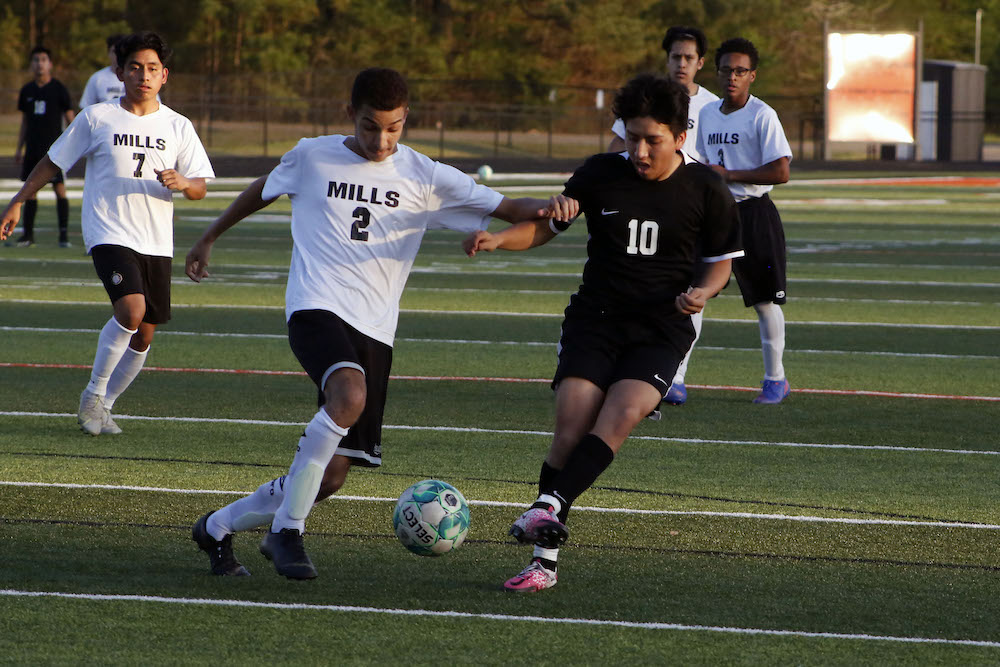 WARREN, Ark. – A late equalizer left the Warren Lumberjack Soccer Club and the Little Rock-Mills Comets each with a share of the spoils Tuesday evening, April 5, 2022, as the teams finished with a 2-2 tie at Jim Hurley, Jr. Stadium in Warren.

The Orange and Black looked very threatening early in the first half. With central attacking midfielder Hector Torres back from injury, Warren seemed much more balanced and dangerous going forward than they have in recent weeks. Torres had Warren’s first chance of the match Tuesday as a ball over the top was nearly headed in by the Lumberjack senior in the fifth minute

Right winger Jose Garcia nearly broke the deadlock in the eight with a chance of his own.

Jack fans didn’t have to wait much longer however. Warren took a 1-0 lead after a shot by Garcia was initially blocked, but the speedy Lumberjack got his own rebound and poked the shot home to give Warren a 1-0 lead in the fourteenth minute.

Several missed chance by Warren in the later part of the first half would come back to haunt the Jacks. With just two minutes before the break, Mills equalized.

Midway through the second half Warren made a breakaway down the left flank. A beautiful cross was directed in by Torres to give Warren the 2-1 lead.

Warren looked to be closing in on the victory. However, with five minutes remaining Mills looped a shot over the Lumberjack keeper to tie things up at 2-2. That would be the score at full-time.

Top photo: Warren’s Hector Torres battles in the final third of the pitch Tuesday against LR-Mills.