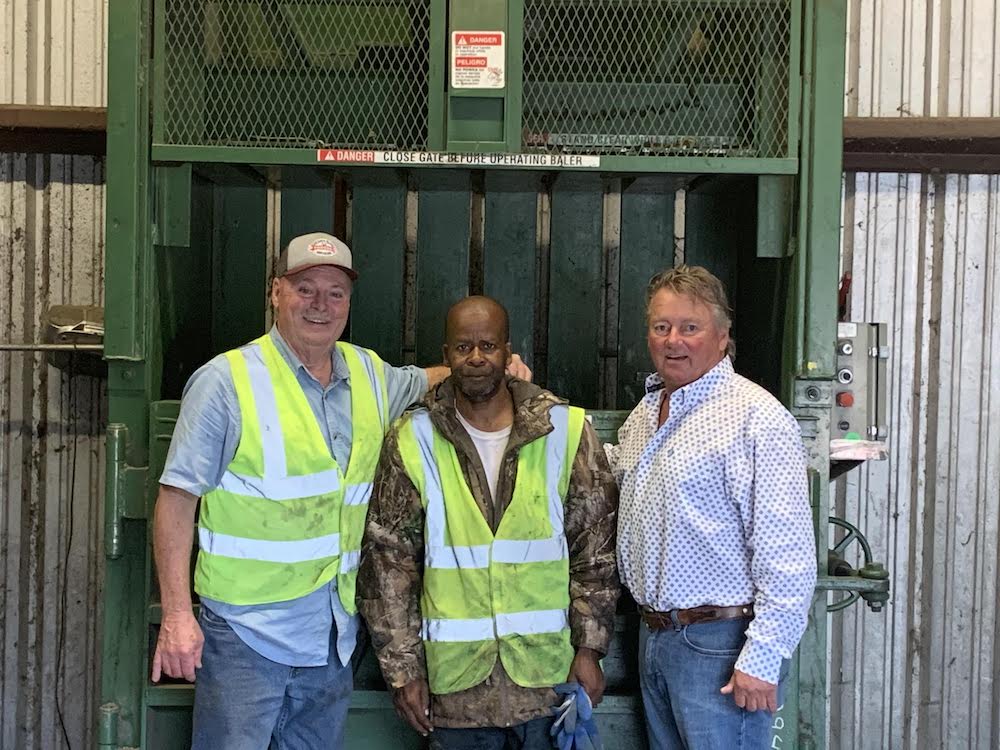 Sanitation Manager for the City of Warren, Rob Johnson, announced the hiring of Warren native Mike Miller as the City’s Director of Recycling. In his duties, Mr. Miller will oversee and manage the City’s Recycling Center located on US Highway 278 West of the city limits. The Center is located on the property that houses the city solid waste compactor and is also the site for the Warren Animal Shelter. The Recycling Center consists of a metal building and three baling machines for the baling of cardboard and shredded paper.

According to Mr. Johnson, repairs and updates are underway to the Recycling Center, to make it more usable and to protect the recyclable material, as well as to expand usage. Mr Miller will manage
the day-to-day operations. He will be communicating with both the residential and commercial public to maximize recycling. The more the city can recycle, the more the cost of garbage disposal can be kept down, and the more income the city can generate.

Also assisting with the Center is P.J. Byes, a 23-year veteran of the Sanitation Department, who will work with both the collection system and the Recycling Center.

The City of Warren has been a municipal leader in recycling since the late 1980s. For information about recycling in Warren, call Rob Johnson at 226-5860.