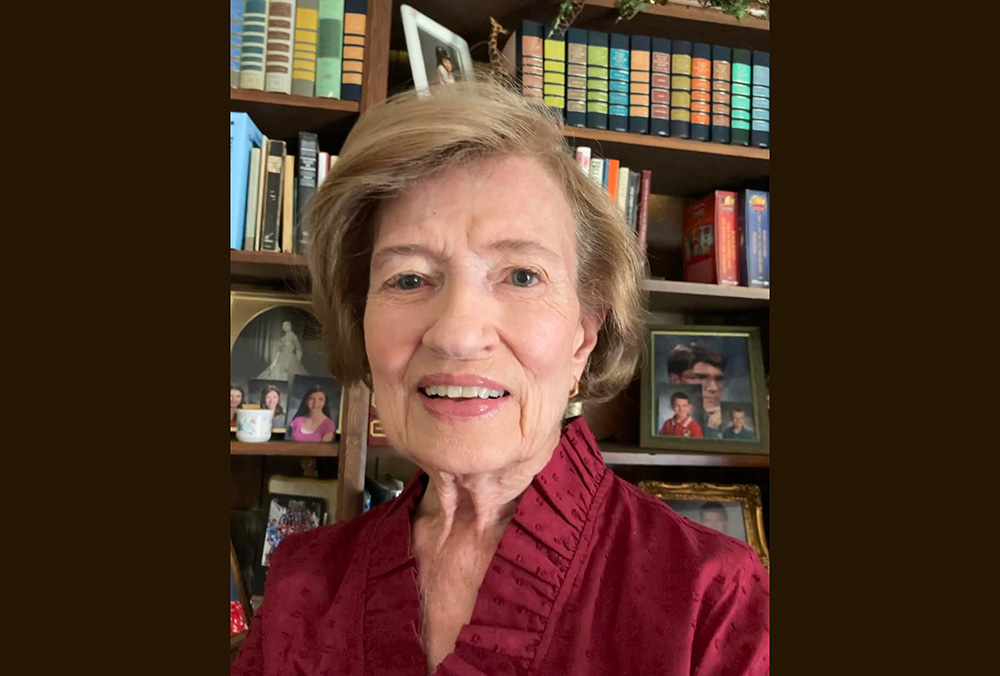 She became a Christian at age 11, and a member of the First Baptist Church in Warren. She attended the Warren public schools, enjoying art and choral groups and especially learning itself, graduating in 1959.

Student teaching in Crossett, AR, Marjorie’s first roommate, Sylvia Hendrix, introduced her to her brother, Dewane. It was not love at first sight, but a great match even if the band director who knew them both predicted: “It will never work!” Married May 23, 1964. It worked marvelously well for over fifty-six years.

Marjorie taught in Crossett and Eudora, finally moving to Little Rock where Dewane became the administrator for the Department of Education’s Self-Insurance Program. They both joined the First Baptist Church, and she enlarged the French program to three years, and began the Advanced Placement English at Robinson High School, serving as the Chair of the Language Arts Department for many years.

She is predeceased by her parents, her brother John Clayton Moss III, who died in the bombing of the Murrah Building in Oklahoma City in 1995. She lost her witty, adored husband, Dewane, January 17, 2021 and her extraordinarily gifted son-in-law, Paul Westerman, November 19, 2021.

Marjorie is also survived by six great-grandchildren: Rebecca and Jonah Farrell, Aaron and Elizabeth Lee, and Claire and Paul Logan Stege. These are the people who gathered for talent shows, canoe races, a barn dance, a chili cook-off and many firework shows, and Marjorie loved it all. She also enjoyed traveling the states with Dewane and friends and trips to Canada. Other survivors include sisters-in-law Remona Hisaw and Carolyn (Jack) Thomas; cousins, nieces and nephews, and life-long friends.

We wish to thank all of the kind doctors and caregivers who showed much compassion in her final days. In lieu of flowers, please consider a donation to St. Jude’s Children’s Research Hospital.

Graveside service was 11:00 a.m., Friday, August 26, 2022 at Oakland Cemetery under the direction of Frazer’s Funeral Home.