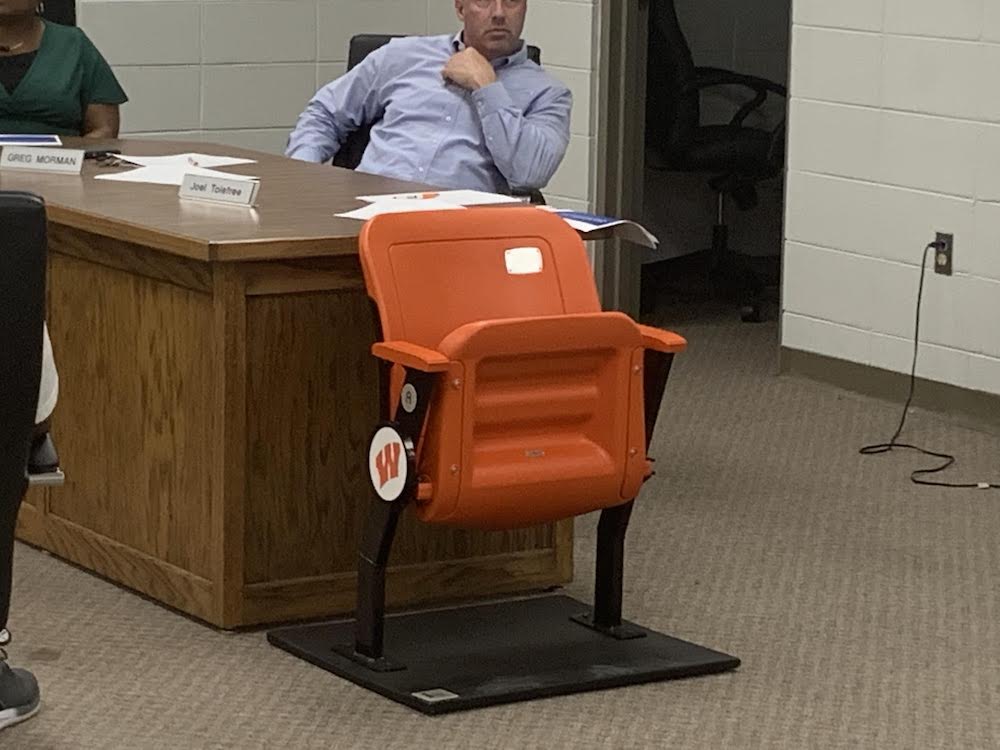 After approving the minutes of the previous meeting and hearing from school administrators, the Warren School Board was provided an update on the status of construction of the new elementary school and the basketball arena. The project manager of Clark Contractors was present to provide the presentation.

All seven board members were in attendance and were told that work is progressing well, and the buildings are almost in the dry, which will allow work to proceed at a good pace regardless of weather conditions.   The manager stated that while he cannot make guarantees, he thinks there is a reasonable chance the elementary school may be complete in late 2022 or early 2023.  He also stated he feels comfortable in saying that the Lumberjack basketball teams will be able to play in the arena in January 2023, this coming basketball season.

Samples of the arena seats were on display for the board to see.

In other business the board went into executive session, and upon returning, voted to hire the following:

The board then voted to approve a contract between the Warren School District and South AR Rehabilitation for services to be rendered to the school, especially Lumberjack athletes.  South AR has done an outstanding job in providing rehabilitation services for several years according to Superintendent Cornish.  Next, the board approved updated Covid-19 guidelines for students and faculty. The superintendent indicated they are similar to policies followed by local doctors’ offices.

Superintendent Cornish reported school is about to start. He talked about the new traffic patterns to be followed and stated he would ask the news media to make the information available. (A map is on the salineriverchronicle.com website for review.) He also reported the Warren Jr. Jacks will scrimmage LR Central’s Jr. Team Monday, August 15 in Little Rock.

The two senior teams will scrimmage at Jim Hurley, Jr. Stadium Thursday, August 18. The Lumberjacks will face Stuttgart on the road Friday, August 26 in the 2022 season opener.

There were no public comments and the board adjourned.

Top photo: A sample of what seats in the new Warren Lumberjack Basketball Arena will look like.