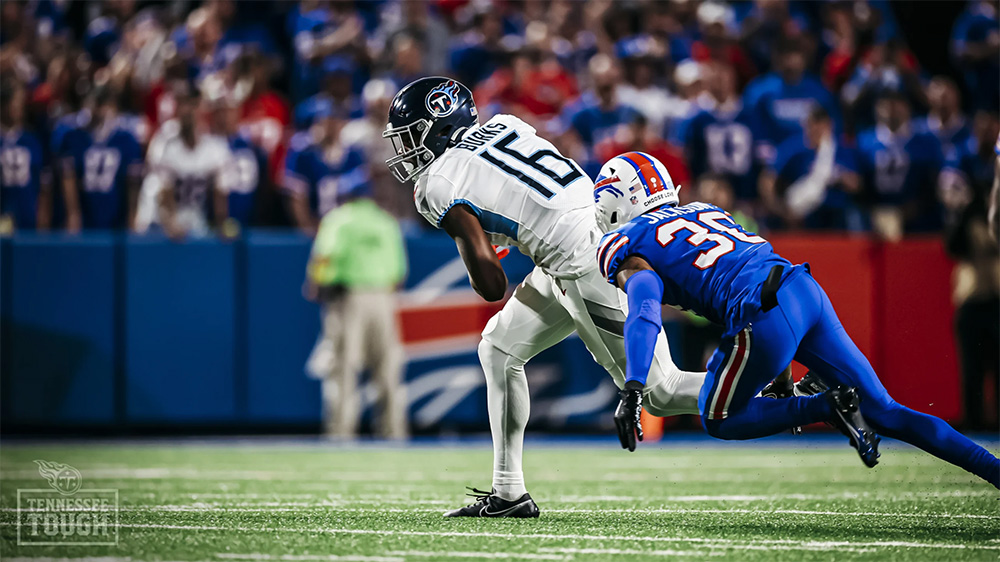 Warren’s Treylon Burks was the Tennessee Titans leading receiver in the team’s 41-7 loss to the Buffalo Bills last night, September 20, 2022 as the two teams clashed on Monday Night Football.

The former Lumberjack and Razorback standout had four receptions on the night, totaling 47 yards. His longest grab of the night went for 16 yards. Burks averaged 11.8 yards per catch in the game.

Tennessee struggled to get much going through the air, throwing for 107 total team yards. The rushing attack wasn’t much better, as the Titans tallied just 80 yards overall on the ground.

They move to 0-2 on the season. They’ll return home for a Sunday, September 25 meeting with the Las Vegas Raiders at 12:00 p.m. CST. That game will be available on FOX.

Through two games, Burks has seven receptions for 102 yards.