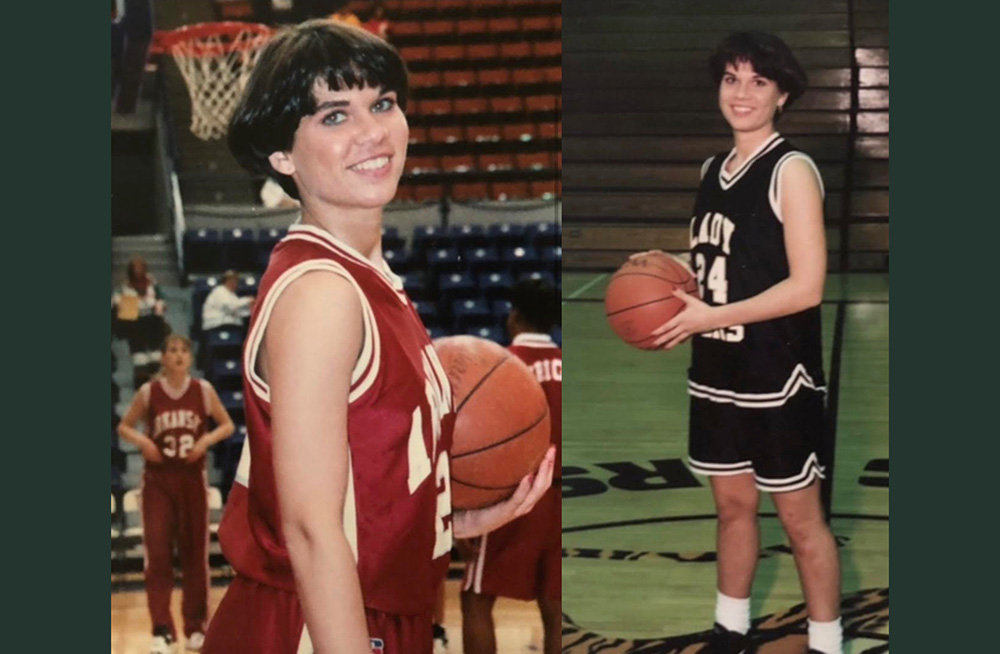 BENTONVILLE – Robin Alpe Wright, the daughter of former Warren native, Gloria Williamson and Lake Village native Dick Alpe, will be one of six former Bentonville athletes inducted into the BHS Sports Hall of Fame on Friday afternoon at the high school here.

The six individuals in the 2022 class will include former Razorback great Bill Burnett, BHS Class of 1966. Burnett, who came to Bentonville in the 9th grade. He once scored six touchdowns on his first seven touches of the football while a Bentonville Tiger. He went on to the UA where he was an All-Southwest Conference selection and still holds a UA scoring record for position players.

Alpe was a three time all conference and all district basketball player for the Lady Tigers.  She also excelled at track, cross country, girls’ softball and was a football sidelines manager. She was also an honor roll student.

Alpe went to the University of Arkansas and played on one of the first ever Lady Razorback softball teams and also played basketball for the Lady Razorbacks.

Her dad, Dick Alpe, was an all-conference and all-Southeast Arkansas, running back for the Lake Village Beavers.  Her mom was a former majorette for the Warren High School marching Lumberjacks.

The Alpes’, Gloria and Dick, as a newly married couple in the 1970s moved to Bentonville to revive a small Farm Bureau franchise, turning it into one of the state’s most productive and largest Farm Bureau Insurance offices in the state.

Wright is now a Farm Bureau agent for that same office.